This may be a disappointing article for you to read because while I will show you how to find your website’s Google page rank quickly, I will also explain why it doesn’t really matter anymore for SEO and why that is actually a good thing!

Before I actually get into showing you exactly how to find your website’s page ranking and explain all the other things about why it doesn’t matter, let me first explain the following:

What exactly is Google page ranking?

Page ranking or PR, as it’s also known as, was a ranking metric used by Google years ago, which on a scale of 1-10 determined how well your site would rank on the search engine. Obviously, the closer to 10 it was, the better it would be. And this metric actually rose beyond 10 eventually.

But the key context in that entire paragraph I just wrote was that this was a thing of the past and the reason I wrote that it doesn’t matter anymore is for several reasons:

1) Google used to give your site a PR score and now it really doesn’t.

As far as I know, it keeps that to itself and one may even argue that they did away with it (I’ll explain why).

And while there are free tools that will “tell” you what your site’s PR is, they actually won’t be accurate, because the true PR value will only be available to Google itself and you’ll see this when I’ll show you what one of these free tools said about my website’s PR and why that was total nonsense.

The whole idea of Page Rank opened the gates to some crazy black hat marketing stuff happening, which ultimately led to the demise of the whole PR concept. People would try to artificially boost a website’s PR via various tools to get higher rankings, and this often led to sites and their owners destroying their own quality content in the process.

So ironically, in chasing a higher page rank, people would actually end up destroying it through these black hat methods.

Now I’m telling you this because I am about to show you how to check your Google page ranking using free sites and tools, but no matter what score you get (if you choose to use these sources), won’t matter because of the above 2 points, but either way:

How to check your Google page ranking (remember, it doesn’t really matter):

There are still sites out there (such as SmallSEOTools.com and even SEMRush) that will “check” your PR score for free, but as I said Google doesn’t show you this anymore, so you’ll basically get an empty or inaccurate score and if by some reason you do get a big or low number, you should disregard it because like I said, this whole concept has “died out”.

If you go to any “page rank checker” website, and enter your URL, you will likely get a 0 out of 10 score, which by the numbers indicates you have a “horrible site”. But don’t let that number fool you, as it’s a false narrative. Once again, Google doesn’t publicly show you this number, so all of these rank checking tools are pretty useless.

This was what I experienced when I tested the URL of this website on one of those PR checker sites and my website had nearly 700 articles when I ran this test. It also had massive high rankings on the first page of Google and got hundreds of visitors daily from organic searches alone.

Despite these states, when I checked my Google page ranking, here is what I saw: 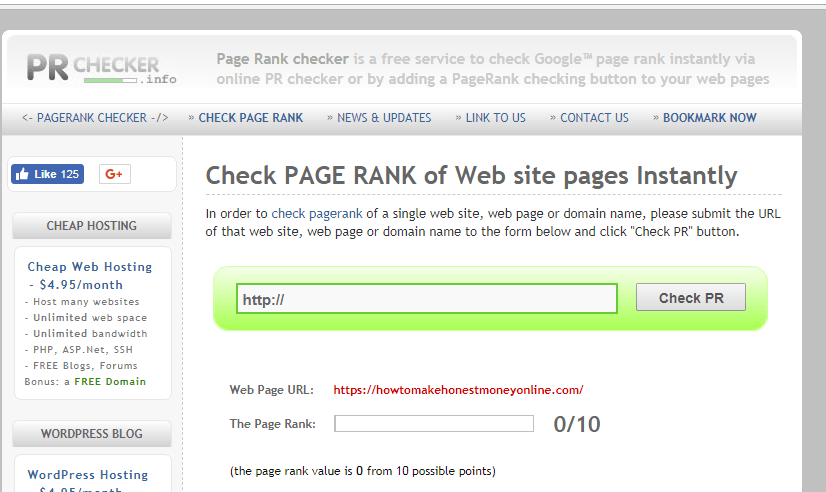 The score of my site is a big 0. Yet I don’t take it seriously and this is because I know how well my site organically and here’s an example:

Because I know how this topic has changed so the reason I am writing this is because if you’re still listening to someone who preaches about PR or still believes it to be a relevant thing, these sites that check it are not going to give you the real answer and that’s OK, don’t freak out if you see a 0. 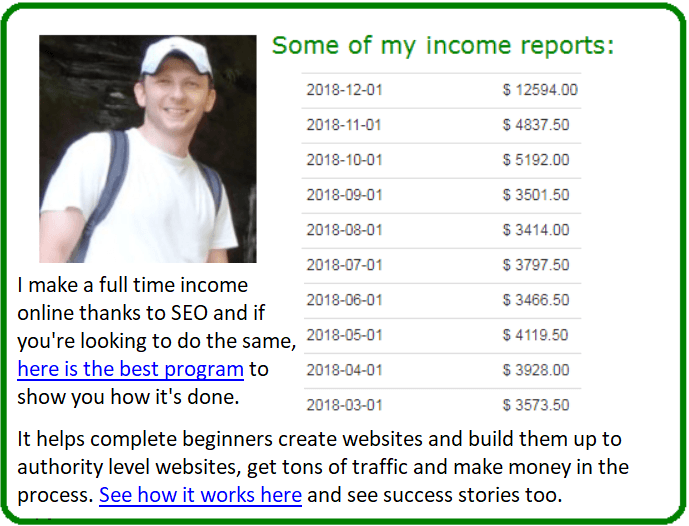 So what exactly happened to this whole PR thing? Once again: Abuse.

Google wasn’t always the smart ranker it is today (and in 5 years, I’ll probably say the same thing).

There was a time when the PR thing came around that it was determined by the number of links your website got and if you know anything about that period, it was the age of backlinks, particularly very spammy and bad ones.

If you could get just enough of them to your site (no matter how), your PR score would rise. And if you know anything about SEO or trends, you’ll know that this was a method that was easy to abuse.

Low quality sites could just buy links and get that score of 10 with Google and by seeing that score through sites that check for it, people would always focus on propping up the score and not really focusing on creating high quality content, which is actually what the main focus should be.

I believe 2 years ago was when this whole PR thing ended, and it’s no longer view able to website owners or the public for that matter and I honestly think that’s a GREAT thing. Google has made it known time and time again that as they evolve, that higher quality sites will get the nod from it, and those sites aren’t going to be the ones who produce the most backlinks, it will be those who produce the most amount of high quality content.

Sites who still focus on backlinks to this day are the ones who are in the gutter when it comes to rankings, and they’ll stay there as long as they keep focusing on that. It’s one of the reasons that to this day, I don’t fear too much competition, because too many people still dwell on those dinosaur like SEO tactics.

And the other part of the abuse was on huge authority sites like Squidoo, Ezinearticles.com and other places which had VERY high PR scores (article directories) and what people did was they leeched off that by writing articles and putting them on those sites.

Eventually those high PR places turned into cesspools of bad, duplicated and low quality content (content farms) and this led to their demise. So again, the point here is that with “easy” rankings, come easy abuse and that is why this whole concept or PR was done away with.

Ok Vitaliy, so was PR replaced? What is being used now to determine rank?

PR wasn’t really replaced, it’s more or less evolved and instead of using the number of links as a metric, it now uses these following ranking factors.

If nothing else, website authority is the word I would use today instead of PR and what goes into the authority of a website are multiple factors that I just linked above. A website’s value should absolutely NOT be judged by just one thing, because if it is, we’re just going to get more abuse. It has to be judged on overall quality:

These are the top metrics that I would say make up the OVERALL authority of a website and the more of that which you have, the better you’ll be ranking on Google and I know this because my website has seen tremendous success from focusing on that.

Notice, nowhere on that list did I mention backlinks, at least not the black hat ones. They hold no value anymore, other than creating a doorway for more visitors, which should lead them to your site and have them do the things which will boost the authority (comment, like the site, share it, things of that nature).

Anyone can make a backlink, but it’s what follows from the backlink which matters. And here is a guide on making safe, quality backlinks (don’t focus so much on these, because the above bullet points for SEO are more important).

My final thoughts: Want to get the best authority possible? Here’s what you need to do:

Being that the authority of a website is determined by many factors as I said, it’s best to focus on them all at once. When you write an article, target a good keyword, write a lot of good content, encourage people to comment on it and share it once it’s published and make sure that you do this endlessly.

That is the best advice I can give you, but if you’re lost on that, use a beginner friendly program like Wealthy Affiliate that will help you make all of this happen.

And again, I have to reiterate that any focus on cheap, sleazy, black hat SEO methods is either dying or died off. You’re only going to inhibit your own progress by still clinging to it. I made that mistake and it set me back years in developing my website, it’s SEO and my success in it.

6 thoughts on “How to Find Your Website’s Google Page Rank.”