Firstly, let me give you my Super Affiliate resume:

There are 7 different pieces of evidence for this: 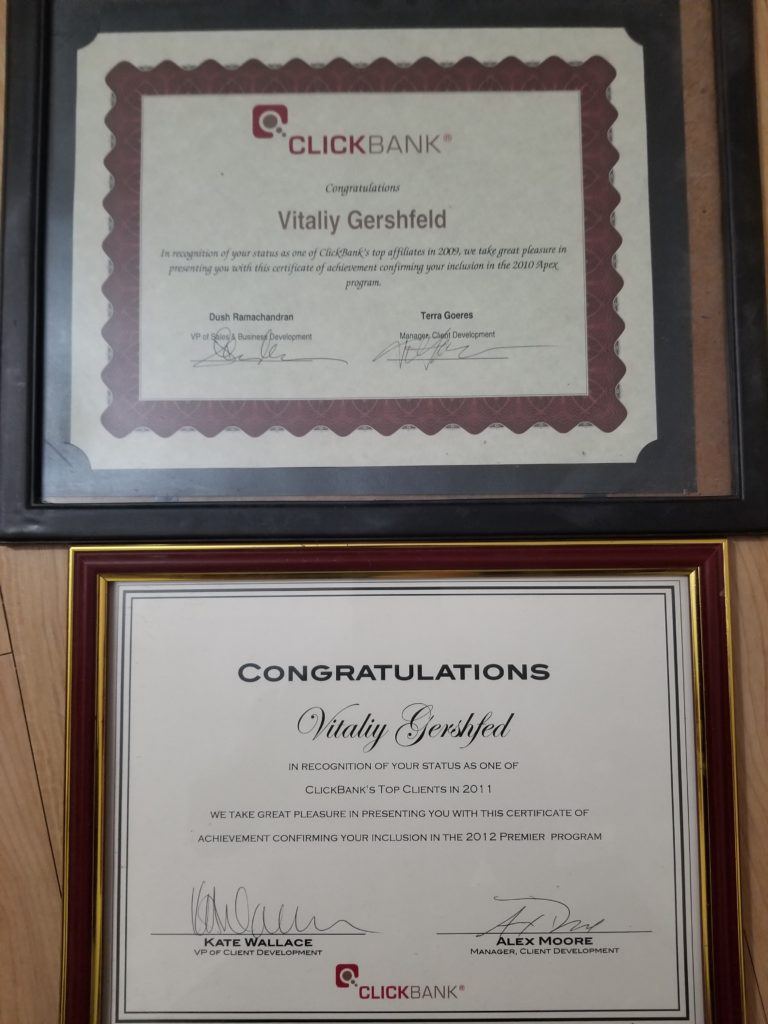 theirs. In the case of the 2 certificates (shown on the right), I promoted a diet program explained here and estimate I earned multiple six figures in sales.

In order to get even one of these certificates, one must make in my estimate (there is no official quota, so this is my guess) at least $100,000 in sales over a 1 year period. From my understanding, these sales can come from any product you promote on Clickbank, it’s just a matter of total sales that counts here.

2) 5 times straight, I was a best seller for Wealthy Affiliate (WA).

After my Clickbank adventures were put on hold, I switched over and started promoting WA, full time. After about 2 years of growing this specific site that IS promoting it, I finally surpassed the goal of 300 sales (same as Clickbank), which entitled me to a free trip to Las Vegas to meet the bosses of WA.

I have a whole explanation of this contest here. And I will say that this one in my opinion beats the Clickbank one because it’s on a more personal level. I actually got to meet, and become friends with the bosses of WA and to this day keep in touch with them.

Now as for sales stats, usually anyone who can make 300 sales for WA will likely be making $50k and above a year and I say this because that’s about how much my site makes from those 300 sales (see my 2018 stats). And I have my own sales figures here which explain my specific sales figures if you’re interested in checking that out.

And that basically explains the 7 super affiliate case studies I have to share with you so you know I’m legit. And if you want to know more, here is where I share more stuff on this.

Update: Make that 6 times now, so overall, we now have 8 cases.

In 2019, I completed the super affiliate challenge in Wealthy Affiliate successfully and am going to Vegas in 2020 to attend the private conference again.

So now that I’ve shared these cases, let me share:

How to become a super affiliate…

Well theoretically, if you can make a full time income as an online promoter or at least more sales than a regular promoter for a company, you are technically considered a super affiliate.

Wealthy Affiliate. I would advise starting with this program as it has training to become a super affiliate in just about any promotion you do, including one for promoting WA specifically.

Digital Altitude. Think of MOBE but perhaps even worse (see why). They too were shut down (also by the FTC).

There’s many lessons I learned from being one for multiple years, across multiple promotions…

The first is that if you’re going to promote something and make a lot of sales with it, you have to… 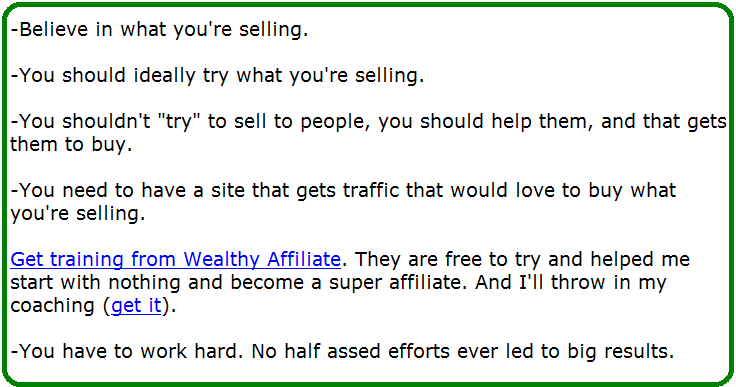 Now while I am a rare super affiliate, since there aren’t many around, I can confidently say that I am nowhere near the most successful. I personally know guys who are way more successful than I and I’ll have you know, they also follow those 5 tips I listed and all possess the traits I mentioned that are mandatory to have.

If you have these traits and are ready to do those 5 things, I’d start with WA here, because if you do all of this, you will be a super affiliate. That’s how I and many others did it.

28 thoughts on “What is a Super Affiliate? A Real One Shows How to Become it.”