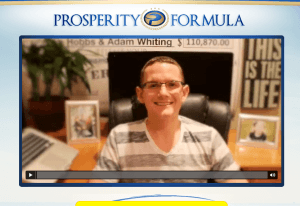 I honestly don’t think badly about Prosperity Formula nor it’s creator, but after seeing what it pitches to people, which is a scam, I couldn’t recommend it. This review explains that.

Price: $25 and up, plus entrance into Empower Network (the actual scam).

Here’s the problem: Prosperity Formula is a direct referral link into Empower Network (the scam) so watch out! 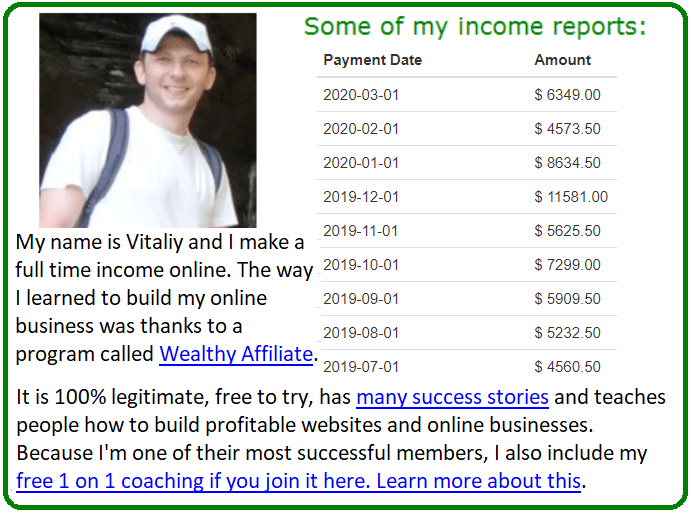 Prosperity formula in a nutshell:

Again, it’s a funnel into Empower Network (EN) and nothing more and Empower Network is not only a scam, but it’s not even around anymore, so what’s the point of even going further?

But what I do want to say is that Empower Network used to be very popular and had a number of successful affiliates like Adam Whiting, Prosperity Formula’s creator promote it through making their own separate named programs, like this one.

However, that doesn’t really matter, because it was all one big curtain, behind which is the real culprit, Empower Network was the end goal and that program led to many people losing money in it’s pyramid scheme type MLM.

And I’ve reviewed SO many of these affiliate sites and in each of them have explained why Empower is so bad so rather than do it again, just check out my original review of Empower Network that I wrote on it. But remember, that program is gone now (it went out in late 2013 I think).

Currently one of the owners of Empower Network, has moved to making another program called Legendary Marketer which isn’t an MLM but it is high ticket and I have my own review of it too.

So henceforth, this review of Prosperity Formula is a bit outdated:

By outdated what I mean is that when I wrote it, Empower Network was still active and at it’s peak, so the rest of this review is outdated so if this interests you, you’re welcome to keep reading it:

In reality, there is no Prosperity Formula. There is only EN.

I’ve had suspicions when I first found out about this place that Adam Whiting may have been behind another program also promoting it (I think it’s I Success Formula), but I can’t really prove that.

It’s not out of the realm of possibilities as a number of EN’s affiliates have been known to make multiple programs  or just directly link like this place and they all promote EN. People like Michelangelo Lopez who as far as I have seen has 2 separate products, both promoting it.

What exactly is the Prosperity Formula?

The prosperity comes from YOU promoting Empower Network to people and making commissions each time someone joins through you, but if you’re like me and believe this place is a pyramid scheme, your prosperity is built upon promoting a scam.

The way Empower Network awards it’s affiliates is in typical pyramid scheme fashion: You refer someone into the network and if they buy 1 or more of the up-sells (including the original offer for $25), most of the time, you will make a great commission of that. If the person you refer also refers others, you’re also going to make a piece of that. See how the model works.

That’s where Adam Whiting comes into the picture because he is the person referring you into Empower Network, thus he gets the credit. Any referrals you bring in, a portion of their investments also go to him. That’s how the scheme flows upwards.

The problem with this place isn’t necessarily the model (although it’s downright wrong), it’s the absurdity of it’s pricing. You’re paying anywhere from $100’s to $1,000’s to access any real training and there’s really no justification for that price tag.

Take for example Wealthy Affiliate, where you can get great training and it’s actually real, but don’t have to pay such insane prices.

The training in EN is sold to people in a way to make them think they are getting extremely valuable information when in reality, most of it is pretty basic. Seriously, there’s not much special stuff there. And the parts that are don’t justify the price. No one should have to pay that much.

Is this how you really want to make money?

I don’t believe the way Empower Network functions is a good way to do business. Schemes like this bring in tons of people in the beginning but overtime fall over and the result is tons of people who tried to get in on the action failed, yet most of that money goes to the higher ups and they’re the ones laughing about it all the way to the bank.

I’m not completely excusing the people who invest into these sorts of things as always being victims either, but many times they really are. They just don’t know better and really believe they are buying into an opportunity.

If you’re someone whose running a business, if you knew you could make money funneling people into a place like EN, would you knowingly do it? This isn’t the first time I’ve asked this question and there’s always going to be people who don’t have a problem with this. I’ve often gotten into arguments with them.

I believe business, especially online needs to be run with your real name behind it and a level of trust so you can have people coming to you over and over again and valuing your word. There are many people who just keep promoting one program after another not because it’s the real deal, but only because they choose something which pays them the most, without any regard for what’s really being pushed onto people.

Just because you’re being paid a lot to promote something doesn’t mean it’s awesome. To these affiliates, it’s money over people, not the other way around. And with EN, you are awarded some of the highest commissions ever in the online world, but in reality, few make good money (see the income stats of Empower Network affiliates).

Yet these affiliates are the same people who overtime, when the schemes fall that are left trying to mirror the same “formula” again so they make a new site, promote the same or different product because their previous one ran out of juice. By the way this can be the reason why some of the people I mentioned above (Michelangelo) have multiple sites promoting EN and not just one, because their previous one ran out of steam.

There are also many people, including myself who believe Empower Network has reached it’s end stages. And affiliates who were very successful with it are going to go on promoting the next big scam (usually something similar to EN) when it finally fails. If you knew who these people were, would you trust them the next time you saw them get behind a new program? That’s where that trust I talked about is so important.

Red Flag (Leads to a scam). 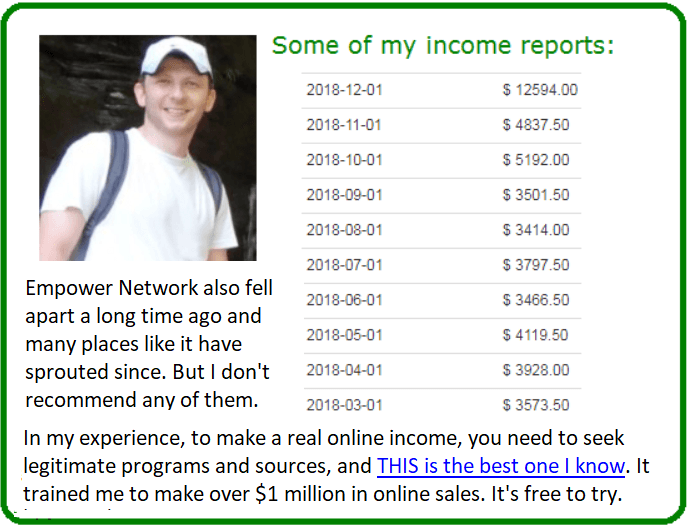 Despite being one of the most successful MLM’s to ever hit the online world, EN will be remembered as one of the most controversial and in my opinion, one of the biggest scams ever. I take pride in knowing I never got on that bandwagon and hope I managed to prevent some people from joining it. 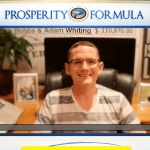 Prosperity Formula promotes a scam and this is why I do not recommend it. Here is what I suggest instead.
Click here to test drive Wealthy Affiliate risk free and get your bonuses (no CC required)