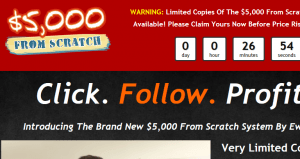 I’m not Ewen Chia’s biggest fan, for the fairness of the review, I decided to buy his $5,000 From Scratch program.

Here you will find what is inside the program and how based on a real marketer’s standpoint (my own that is) if the program is worth checking out.

The main thing, there are 3 problems I personally saw which did not make me want to recommend it and this review will explain them.

So let’s get into this:

Price: For the original program: $27.

It almost got to 5 stars in my opinion, and that’s a first for something of Ewen’s that I’ve reviewed, but there were 3 big problems that really pushed it back down to a program I really wouldn’t recommend as much as I would say to be careful if you get it as I’ll explain in this review. 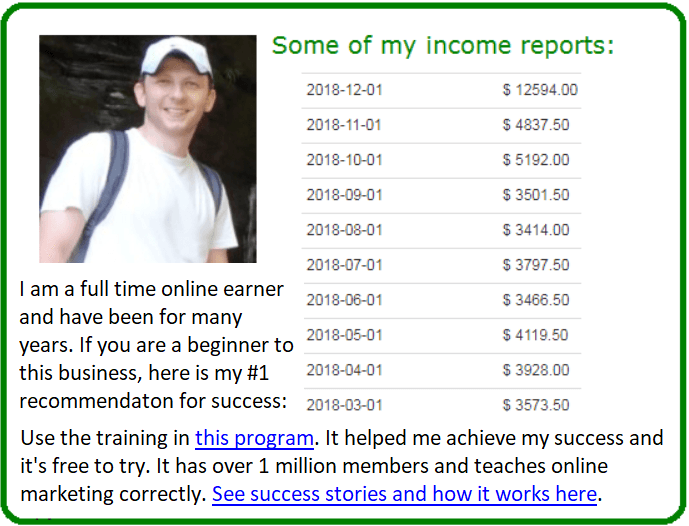 I have done reviews prior on Ewen Chia’s programs (such as this one on Autopilot Profits) and most  of his programs have not been recommended due to them not really evolving in a modern day internet marketing world.

In other words, in my opinion, as the strategies to make money online have evolved, Ewen’s previous programs have not kept up in my opinion so I couldn’t recommend them.

What $5,000 From Scratch teaches you to do to make money online:

In this program, you basically learn about promoting high ticket items, through affiliate marketing that pays you extremely high commissions. And you promote them through Facebook, Facebook Ads and so on.

What Ewen shows you how to do through a series of videos is where to find a hot niche market, but instead of promoting traditional affiliate products that pay a small commission, you instead promote the most lucrative options instead.

So basically as an example, rather than promoting a weight loss program that pays you $10, you can find a higher paying program that will pay you $100, thus making you more and bringing you closer to the $5,000 goal.

Now I can totally get behind this idea and it was during the first video where he showed this idea that I finally began to think I could recommend this product and truth be told, as the training videos went on, I enjoyed a lot of what Ewen was showing me, so much that I saw myself doing it.

But as I went through the videos, certain things seemed (at least to me) to be missing and that is something I will separate into the 3 problems I saw with this program, but first let me get into a little bit more detail on Ewen’s strategy:

Inside $5,000 From Scratch. What is inside the program:

The members area features 5 main videos teaching you the strategy I listed above. Now in addition, there’s a few more bonuses added underneath them and a few pitches to other programs to join, but for now, we’ll stick to the 5 videos:

Explains where to find affiliate promotions that pay high amounts per sale. Something I liked here was that Ewen showed in particular a page on Amazon where you can filter out high cost items that pay a lot by simply selecting a price range.

Gets into the set up of Facebook marketing. You learn to set up a fan page for the niche topic you chose.

Then he explains how this page you create has to provide and attract the niche audience by posting articles on it and sharing content that people who will visit the page will be able to learn from, possibly like the page and in the future potentially become the same clients you may be able to sell to.

One of the examples you can use based of the video is that you can hire article writers to create the content you will then share on the page. This is used as a means to save time, but create the information that can give weight to your page and show the niche audience you can be a helpful source of information.

Gets into specifics of the marketing.

Based of the video, you can go to other niche related pages on Facebook, leave good comments that can potentially attract other people on those pages to come back and visit yours and/or you can pay to advertise your page on other BIG fan pages on FB that also pertain to the niche topic, an almost identical and good strategy I have also seen used on this program called Turnkey Profit Machines.

A branch of the 4th video, but it gets into finalizing sales, be it through providing straight up affiliate links on the fan page, to directly messaging potential leads and even collecting email lists to offer content and sales pitches outside the Facebook realm.

And that’s really it in terms of the heart of the $5,000 From Scratch system.

Overall, the span of all 5 videos combined is a little over an hour.

There are bonus materials (really more videos) you can download.

2 of them I found to be pretty interesting, one taught you about how to make webinars and another provided information on YouTube video creation a means to generate traffic.

Honestly that second video was something I felt had good value. The “surprising opportunity” I eluded to above was basically something like this video not being tied into the main training, although it easily could have been.

It can offer more opportunity and traffic. But these videos are more meant to be extra content that you may choose or not choose to connect with, but I really feel like there’s more opportunity if someone who is new would have that connection made for them vs trying to make it themselves.

Now I didn’t yet mention the 3rd video and I won’t just yet because that actually depreciated the program’s value in my opinion, but I’ll talk about that in a moment…

4 stars out of 10. Everything I mentioned above about the program was more than enough to make it something I’d recommend, but as I said, there were 3 problems I found with it and that’s what eventually made it 4 stars and right below I will mention those 3 problems, giving specifics on why they bring down the value of the overall program.

My final thoughts and the 3 issues with $5,000 From Scratch:

I always like a good money making strategy, but at least 1 case study pointing to it would really solidify the theory.

Now I did see the actual word “case study” used on one of the bonus videos, but they were actually more so examples of theories and from what I saw not actual sales reports. If anything, the only case studies I actually saw here, particularly with the YouTube bonus I liked, it’s that they showed other people doing the strategy they recommend, but it’s not the actual author of the training doing it.

Now the second issue deals with one of the bonuses you get. Aside from the 2 I mentioned above, there was a third and it talked about content creation through Ezinearticles and this is where the issue I previously had with Ewen’s programs arose again.

Do you remember how I said that his programs tend to be outdated? Well the strategy here about article writing was like this. It simply is a waste of time in my experience to do this.

And the main point is that this “mixed bag” of good content you can extract with other outdated content that in my opinion is not useful makes the program more difficult to actually use. Personally, I’d say skip that particular training because in SEO, it really doesn’t offer much in my opinion.

3) The promotion of a scam program that the FTC took down.

And third is the biggest problem. It deals with the second up-sell you get from Ewen prior to visiting the 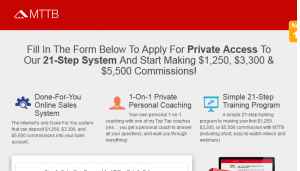 In the pitch leading up to the up-sell is Ewen talking about how he’ll give you all these amazing bonuses for free, how you can get a great coach to show you how to make a successful business and a lot of things that can be done for you if you act on it.

He calls this up-sell the “Million Dollar Alliance”.

Now I know that when someone is taking a long time to tell me about a great opportunity, that it can’t be free, so I actually went through the whole video until an “application link” came up and it took me to one of the worst pyramid scheme programs I have ever reviewed: MTTB.

Now that program and it’s parent, MOBE were both shut down by the FTC. And even beforehand, I warned people never to join that.

So, should you get $5,000 From Scratch? I honestly don’t recommend it.

For a price tag of $27, there’s a bunch of stuff on this program that’s good in my opinion and you can certainly give it a shot, but there’s more risk in this type of strategy vs building your own site and making money the SEO way which I honestly recommend attempting first before experimenting with this one.

I said the same thing about the other program above which I said has a similar strategy to 5FKS and I stand by that:

And to summarize, out of the previous programs Ewen has put out that I’ve reviewed, this one is of the better quality, but still not enough for me personally to suggest to everyone. 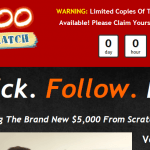 For a fully comprehensive program on making money online that gets my top rating, see this program.
Click here to test drive Wealthy Affiliate risk free and get your bonuses (no CC required)