In some cases, what SEO IQ teaches is pretty good for getting rankings, but overall, I will not be recommending it because there are better, more updated programs to learn SEO.

Price: Free download, followed by 2 immediate up-sells. I only tried the free one.

You will definitely get good information on competing websites (more in-depth information can be gotten through one of the up-sells), but I feel this program has a lot of unnecessary information it reveals which might help those who have little knowledge of SEO to make better changes, but for those who know what to do, there’s very little in my opinion this tool can do to improve things.

SEO IQ in a nutshell:

It’s a simple software program you install to your computer that only works with Chrome and Firefox (not Internet Explorer). Once you install it, you are then able to analyze websites you look through and get data on them including how much traffic they get, backlink and social sharing information, page rank, how it’s seen by search engines and other authority websites like Moz.

The point of SEO IQ is to help you know these things and use them on your own site to make your site more favorable with search engines. You will not only get information on the things I mentioned, but also things that are lacking on the websites you are looking through (including your own) that you can correct and thus help it’s “IQ” improve.

Although the regular SEO IQ program is free to try, there are 2 immediate up-sells pushed on you after you sign up.

1) One is for an elite version of the program that reveals more info on the sites you are looking at. This program also has a feature which allows you to promote the program to other people (for a 65% commission) and also have them install a toolbar that pastes your affiliate links into it. This can potentially earn you more commissions from these people if they buy stuff online.

2) There is also a “downline” type affiliate program involved with this software in that you can have the people you sell SEO IQ to sell it to others and have those people also install the toolbar which can (again potentially) have those people buying stuff, earning you commissions: 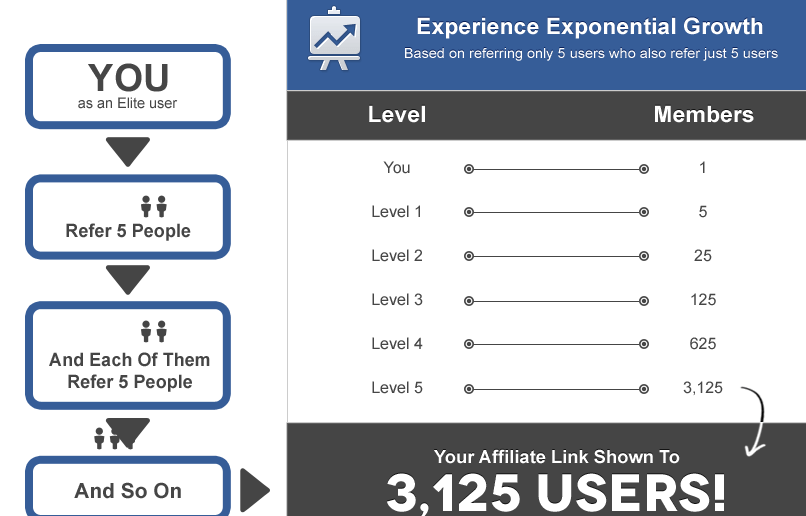 Will it work? More than anything else in my opinion, this just sounds like a hyped tactic to sell the $97 product. One problem I see with this toolbar is that a lot of people just don’t really have any incentive to install it.

If I refer 5 people into SEO IQ and get my regular commission of the program, why would they want to install the toolbar? There’s really no incentive in it for them unless they get involved with this down line type stuff, buy the up-sell themselves and then try to build out their own network that installs that same toolbar and if that happens, yours will technically no longer have profit potential.

Second up-sell: This one is for a “Backlink program” called Backlink Beast ($297). I can only speculate what this is so don’t take this too seriously, but I never use any backlink programs (not since I tried Bring The Fresh’s backlink packages.)

Back to SEO IQ:

I’ve spent a bit too much time with the up-sells, but they are actually the bigger part of this program. The free software doesn’t really do much other than basic analyzing.

You may have read above that I think there’s unnecessary stuff to this program and I’m going to explain why this is. I have seen and tested a number of programs (keyword tools and something like Traffic Travis for example) that in many ways work the same way as SEO IQ and while they all have good points and using their tips can definitely help raise rankings, they seem to miss the main point of ranking high: Having high quality content.

A lot of people ignore that most important point and often thing that if some fancy high end tool like this one gives them a whole list of what to do and not do, and they do it, that they’ll fix all their SEO problems and magically hit the #1 spot in no time. For example, here are 5 major Google ranking factors, and I would say SEO IQ touches upon only 1 or 2 of these factors.

And since I know about getting first page rankings on Google, I understand how to distinguish if programs like SEO IQ teach good things about SEO or not.

And it may also take you in the wrong direction:

Suppose I have a website I’m trying to compete against that I use this tool on to analyze it’s stats, meta tags, backlinks, ect… and using that info, I suddenly start trying to raise the bar, targeting the same types of keywords, improving my own meta tags, keywords and even going into backlinks.

That kind of approach can quickly lead me in the wrong direction and have me do foolish things like buy backlinks and that will destroy my site.

Rather than do that, I would look at a website for only research and even look at it’s stats, but instead of trying to beat it in numbers, look to make even better content, share that and if I don’t outrank it for a particular keyword, just move onto the next one.

Take analytical data from competing websites with a grain of salt. Here’s why:

Just because the tools say they have so and so doesn’t mean if you do this that you’ll get ranked higher!

4 out of 10 stars. Lots of analytical data doesn’t always mean you can use that to benefit you. Focus on the CORE concepts of SEO. That is what works.

Get core training on SEO from the best program out there.

Before you think I am contradicting myself, hang on! Analytical tools display a lot of good information, but also a lot of unnecessary stuff in my opinion.

But in SEO IQ’s case, besides it having that (the excess) what I felt was missing was keyword data and in my opinion when looking at getting ranked higher, that’s where you should start. This program does not have that from what I saw.

However, programs like Jaaxy (it’s a keyword tool) that also has many of the same features SEO IQ has, does have this. I’d use that tool if I were doing research. And by the way, whenever I do, I hardly ever look at competing websites. For me it’s the competition of the keyword and content that means much more. Focusing on that, I have been able to many times outrank high authority websites. 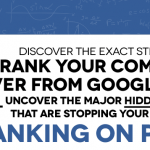 If you want to build a site with good SEO results, then try Wealthy Affiliate. It has training that is updated and does it right.
Click here to test drive Wealthy Affiliate risk free and get your bonuses (no CC required)

2 thoughts on “SEO IQ Review. Will it Help You Get Better SEO Results?”