Million Hits Secret is a rare case of me giving a program a decent score. I did buy the program to figure out how it teaches people to succeed online and in this review will be showing you that.

Creator: Kaleb Nation and Peng Joon (only part of the program in the up-sells).

Price: $47 then 2 up-sells, one for $67 where you get “behind the scenes” videos on Kaleb doing his marketing and another that shows you how to get free traffic from Twitter and YouTube. I found both of them irrelevant since you get the right amount of information to do that in the basic program package.

Coming from an intermediate marketer, let me say that Kaleb does an amazing job showing how to leverage the power of social media to build an online business. This program is great, but only if you’re ready to put yourself out there.

I can’t recommend the program anymore simply because it’s out of business. Why this happened, I do not know, but what is still around is Wealthy Affiliate and that’s my top choice.

Million Hits Secret in a nutshell:

The title is hyped, but the training does meet the expectations. Million Hits Secret (MHS) is a program that teaches you how to use social networks like YouTube, Twitter and in a bonus tutorial Instagram to find niche audiences (here are 50 niche examples) and make money promoting to them.

The training (which I’ll show) really points to how amazing and popular using social media can be if you just do it right and to add to it, Kaleb is actually a hit sensation on YouTube with I believe over 7 million followers. He must be doing something right if he has managed to do this.

When I first saw him, the face looked familiar and though I often watch a lot of famous YouTubers, I’ve never heard of this man until I found MHS. It didn’t really matter because what he teaches is something I personally do, but he takes it many levels above, to a viral stage.

The training you get from Million Hits Secret:

There are 6 modules within the members area and each has a different amount of videos and text training. The text is just a transcript of the video. But the training is pretty solid with bullet points in the right areas and even a review after the lesson is done.

Module 1: There’s 2 lessons here which cover the program’s basics and how it will help you make money online.

Module 2: 3 lessons on making money as an affiliate. You will get training on setting up Clickbank and Amazon affiliate accounts.

Module 3: 2 lessons, one of which is called “The Secret Traffic Goldmine” which is just YouTube.

This particular module was amazing to me personally because I don’t actually use Twitter for marketing, although I know the basics of it. Kaleb really revealed a lot of great tips to making a successful Twitter marketing campaign and one of the examples he goes over is people interested in Chinchillas (that cute animal), making a Twitter page on it, following people who like those animals and then posting up pictures so people can them. From there you can link them to products that are helpful to that niche such as selling Chinchilla books, supplies and other things. That’s where you make the money.

One very important thing that Kaleb does mention again and again is to give people good content rather than focus on pretty pictures or making your video look overly professional.

He does mention that people like simple but fun stuff vs things that are over done. If you know anything about YouTube, you will know some of the most popular videos are made by people who just film their everyday lives and events that happen in them, whether the play games or do something that they want to share with the world. They aren’t pro video makers, but they become popular because the content is what attracts the visitors and makes them share which leads to more visitors.

Module 6: 3 lessons that basically summarize what you’ve done and explain how to leverage your business once you get it going.

The rest of the site includes:

Tools: You get 3 things here which are covered in the training including a template download you can use to build your Twitter and Youtube channel. There are also 5 other tools which are not accessible unless you buy the up-sells.

I really hope this isn’t the real thing. Support tickets are in my experience not enough. You need to have access (with you regular membership) to experts all the time. Only programs like Wealthy Affiliate provide that.

6 out of 10 stars. If you want to build a social media empire, this program will really do a great job of helping you set up the blueprint. But I would recommend Wealthy Affiliate because it’s still around and also teaches YouTube and social media success too.

For me, becoming a social media celebrity isn’t something I want even though I do sometimes think about what it would be like to have that kind of level of popularity. I prefer to work the way I currently do online, have a website and build a brand. It’s what I’ve grown comfortable with doing. If you prefer that like I do, then MHS should be secondary to learn from. Primarily, Wealthy Affiliate would be a perfect program for you then because they teach the popular website/brand approach of building a business.

But I can’t deny the power that’s within the social media world is something you should not ignore, whether you do online of offline business. 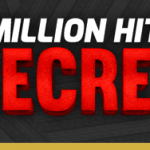 Since it is not around and my top choice is Wealthy Affiliate for learning similar material, I recommend that instead.