In this review, I’ll be covering Profitable Morrows and explaining if it is a scam. And based on what I have seen so far, there’s some shocking stuff you need to know.

Price: Free to join, but has an optional $25 upgrade to help you start earning money as an affiliate (via referring people into the Profitable Morrows opportunity).

From what I have seen, you can also invest with Bitcoins.

Overview: This is supposedly an MLM company which doesn’t actually own anything, but connects in one way or another connects with other companies dealing with cryptocurrencies.

From what I understand about companies like these (and I know a lot), there is no real product with this company, it’s really just an opportunity to join the company, promote it, and that itself becomes the opportunity to make money.

I also read from multiple sources that an additional way to earn money was to participate in some sort of profit sharing plan where the the investment you put into the company can pay you back like a savings account, but that itself is more descriptively explained in their compensation plan.

Sadly because the official website is down (I tried to find it multiple times), I can’t really give you much more info on that. But I can tell you that any company which functions the way I just explained is usually not a good sign and this type of stuff is what starts pyramid scheme and ponzi scheme rumors, and with Profitable Morrows, those rumors are present.

Besides this review you’ll read, every other review I’ve read on Profitable Morrows has either been…

I honestly couldn’t even get to the main site, because apparently it’s down.

There’s a lot of questionable things about it and that itself makes the overall opportunity too risky for me to advise. Plus with the other issues I found, this company is not recommended.

The 5 most obvious scam signs I found about Profitable Morrows:

I’ll be the first to admit that this review lacks in evidence and I’m not straight up calling this company a scam, BUT there are obvious, questionable things I did find on it, and mixing in my experience with the plethora of MLM companies I’ve investigated, there’s just too much risk.

Let me explain the things I did find out about this company which made me worry:

1) First, the very creator is said to be a fake persona.

With the sites I looked to for research on this company, all of them said the same thing too. Here’s one of those sites. If this is true, how can a site/opportunity be trusted?

Second, the “official” location of the company has again and again been proven to also be fake and here is another source which proved it. This is another bad sign…

3) Third, I couldn’t actually get to the official site.

Just Googling “Profitable Morrows” brings up a plethora of mostly negative reviews and when I look for the official site in Google, all the seemingly relevant results said the site was down or the domain was up for sale (meaning it’s down).

You’re welcome to Google the search term “Profitable Morrows” and you will see that most of the first page blogs (and videos) make the scam claims. And if you read this review at a time when an official site for this company pops up, please let me know so I can look at it too and update the review.

4) MLM companies that work this way are typically schemes.

Considering the sources I looked at for information on this company (since I really couldn’t go on much else), if Profitable Morrows is an MLM and doesn’t own a product, that itself is usually a sign there is a pyramid scheme effect going on.

If it is also true that there is some sort of investment opportunity to engage in some profit sharing plan, on a company that is already potentially a pyramid scheme, that may mean that it can be a ponzi scheme too.

You see, I’ve looked at companies like Zeek Rewards and other similar types which bare similarities to Profitable Morrows and in general, if there is an option to promote the company, and then partake in the investment opportunity, that means that the company only really can pay it’s members by having them, as affiliates recruit others, so they can invest in it too, to pay the higher ups.

And again, with there being no product in the company and only really the ability to promote it and make money from bringing more people in to earn more from the profit sharing type opportunity, I believe that can mean it’s a ponzi scheme. 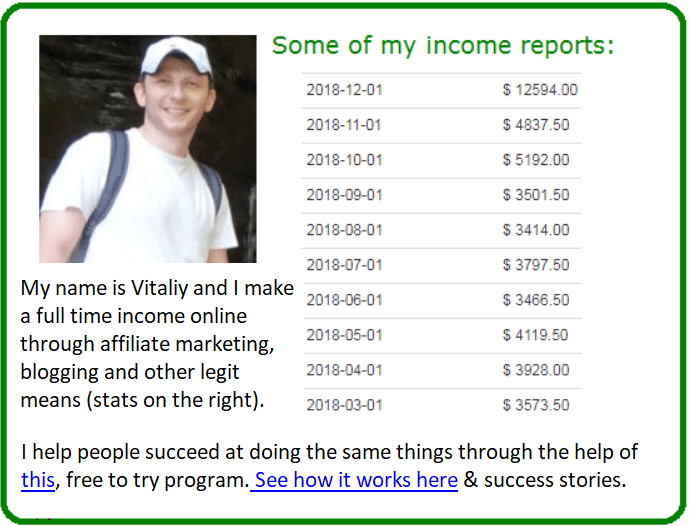 1 out of 10 stars. A company which has so much controversy behind it, doesn’t seem to have an official site, has a supposed fake creator and fake address, is not one I’d engage with at all. And sadly, I couldn’t find contrary evidence on all this stuff.

As I was doing the research on Profitable Morrows, one negative review after another kept coming up and I would have loved to see the site, the program and opportunity for myself to come to my own conclusion, but sadly, because so many things were missing (like an official site), I had to rely on the sources I linked in this review.

But as I have said multiple times, I know MLM companies and whether they are pyramid schemes and here’s how to tell MLM programs and pyramid schemes apart and sadly, Profitable Morrows and the info I found on it fits closer to the scheme types…

I have made money online in various ways (affiliate marketing being my best method), but I’ve also stayed far away from certain others after having enough bad experiences to know that while they sound good, they don’t work out well. Here are some examples:

2) MLM companies and opportunities. They always sound like amazing things, until you see how complex their compensation model is and that usually is what hides the real scheme behind it. Plus the whole recruitment thing is what gets to me because it very often rips people off.

3) Crypto currency trading. I avoid that because I don’t know enough about it, and there’s many scams which spring up trying to make people believe they show you the right way to invest in that.

4) Rewards point programs. I think they waste time like paid surveys do. Neobux is an example.

Avoiding these companies and sticking to things like creating an online business and doing legit affiliate marketing is what has allowed me make legit, full time income sums from home. And that is honestly what I would recommend to you readers if you’re really interested in making money online.

Here is my best recommended option:

Programs which try to sound like they allow for easy ways to make money online are usually schemes and I’ve lost enough money while trying to succeed at this whole thing to know that this is usually the case. 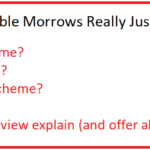 Profitable Morrows has huge risks. See which program I recommend at the top for making money online.