Folks, I would like to share an important series of events that have been going on for years (behind the scenes) between Wealthy Affiliate (WA) and MOBE. 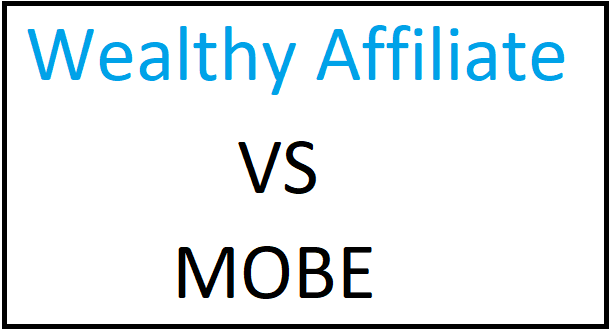 You may or may have heard, but there were rumors going on of a lawsuit and this was really the case (no pun intended). I had personally been affected by these events as well and would like to share my experiences as well as give you a direct link into Wealthy Affiliate’s official statement on the matter, which they finally released after the dust had settled between these 2 companies.

What I want to share regarding my experiences on the matter:

1) When MOBE first appeared, it was known as My Online Business Empire (The Empire later changed into Education). I had a critical review of it back then (years ago) that was taken down (and this will surprise you) by Wealthy Affiliate, since they hosted my site. But from what I understand, MOBE had gotten them to do this.

I was very upset at the time that this had happened, but after reading Wealthy Affiliate’s official statement, it turns out they had no choice, and did this to protect MY privacy.

In a way, this happening at first was not understandable to me, but knowing NOW what had been going on behind the scenes, my faith in Wealthy Affiliate hasn’t just stayed high, but it’s gone even higher because of the steps they took to protect my privacy as well as others.

2) I had shared in this FTCarticle about MOBE the back handed tactics affiliates of MOBE had been using to promote it, because I wasn’t the only person to be critical of it, there were many others, including WA reviewers who had said the same things about it that I had.

Now as time went on, I began to review these programs with a critical viewpoint, but in regards to MOBE, I was less critical, because I believed the actions of the affiliates promoting it should not mean that the program being promoted is bad.

Unethical promoters exist in every company, even one as good as Wealthy Affiliate (I speak about Wealthy Affiliate being a scam rumors here), but it doesn’t mean the company is condoning those actions (and they aren’t) nor, should they be complained about for the mistakes of the promoter.

3) Debate on whether MOBE was a scam or not was settled in June of 2018 when the FTC announced that…it was.

Their position on this company is explained here in this FTC article again and thoroughly, but this event was what caused the war between it and WA to cease and for WA to finally win the lawsuits that had been going on.

And this situation that ended MOBE set a VERY important precedent for future programs like MOBE, which I refer to as high ticket schemes. It will be very interesting to see how things go in the next couple of years with programs that look like MOBE and work like it but are still up. I believe the FTC will go after them too eventually.

4) What I learned was that ethics matter to WA and no matter how much they have grown in success, size and quality, they have stuck to the core ethics they’ve taught and practiced since day 1.

Specifically, what I’m talking about is that WA regardless of the money being spent by the other company to squelch them and the reviewers who were hosting blogs critical blogs of MOBE, stuck to their principals and fought back to allow free speech to prevail.

Now even more specifically, I want to say that if someone said something untrue about MOBE or literally lied about them, then there’s absolutely ground for having that content shut down, but if the said person is providing factual evidence, then their content is supposed to be protected by freedom of speech. But I suppose we all know deep down that big money can absolutely influence these principals. I am happily reporting that in WA’s case, it did not.

5) I remember speaking to the owners of Wealthy Affiliate about my business during a private meeting we had in Las Vegas we had where we discussed how I could grow my online business, and during that conversation, I did segway into the this very topic by saying “Hey, what’s going on with that other company, I heard so and so”. But they did politely say that there’s stuff going on behind the scenes.

Now after reading that official statement from Wealthy Affiliate, wow is all I have to say because there was indeed a lot of stress, drama, unfairness and misrepresentation going on and how the owners of WA kept their cool and continued to help out members in their company whilst this was all going on is beyond my comprehension.

6) Donations. Something that speaks volumes about ethics.

It just so happens that post lawsuit, with WA winning the case, they actually donated a lot of money (how much?) money to the people who LOST money within MOBE.

Being that the FTC is now handling the case and figuring out who is to be compensated within that company, WA has lent a hand in that regard to help out members who were scammed by the other place. If that doesn’t speak volumes as to their decency, I don’t know what does.

So why did I decide to write this post?

Well any doubts I had about the issues going on behind the scenes are put to rest, especially in regards to the ethics side of things. And of course, this also gives me a good reason to promote and point out how legit WA is, for anyone doubting that.

WA and it’s owners have proven themselves (again) to be one of the most stand up people and places I’ve been a apart of and this recent news only enhances the fact that they are still the best place I recommend anyone join to start an online business.

I am now, more so than ever, proud to promote them (here’s info on how to promote Wealthy Affiliate through their Bootcamp course).

I have my own success story with Wealthy Affiliate University here, but beside that, how people act with regards to their treatment of members, their actions when it comes to standing up from principals is what truly defines the legitimacy of the program they make and with WA, it’s of the highest level as far as I’m concerned.

Finally, I want to end on saying that you absolutely need to read Wealthy Affiliate’s own words on this subject as they go into some truly great detail on what was going on between them and the other company. It’s a long read, but my goodness, it’s informative and eye opening.

4 thoughts on “Wealthy Affiliate vs MOBE. We Finally Know What Happened.”