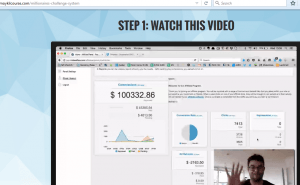 When Millionaires Challenge System came out, it was promoting a now shut down pyramid scheme.

In this review, I’m going to show you how that process worked, because not only is that pyramid scheme gone, but why you should be careful if you ever see this type of sales pitch in the future (because you will).

Price: $49 up front fee to view a few lessons in the system and then WAY more to go further. We’re talking extra digits more and I’m going to expose it.

Behind the numbers, became the money, it’s a pyramid scheme that you’re jumping into.

Millionaires Challenge System explained (how it promoted a big scam):

Alright so this review is going to make a lot of people angry, but I have a right to voice what I think and I’m going to do it.

This program is (or was) nothing more than an affiliate of another big program called MTTB or MOBE and that is the main problem with this whole system (and that big program is now gone by the way!).

That main program is a pyramid scheme and if that concerns you, good, but if it doesn’t and all you care about is making money, let me try to phrase my position in a different way:

Have you ever wondered why certain sites and programs like Millionaires Challenge System can say things like this: 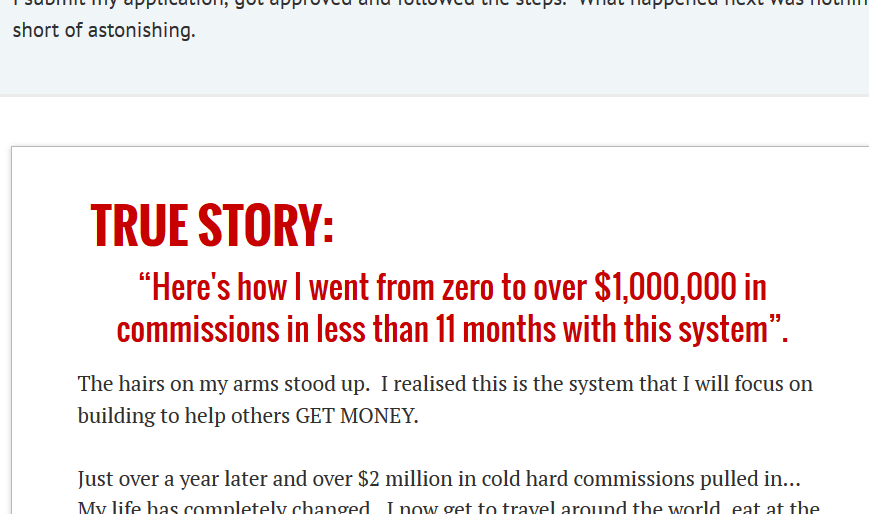 That’s a screenshot from the sales page of Millionaires Challenge System. On that page, you get a video from the creator of the program, Shaqir Hussyin talking about the secret formula he discovered to making money and that is selling high ticket items.

Don’t know what those are?

Well those are basically expensive coaching or training packages you buy for $1,000’s, then re-sell for the same price to other people. In this particular program, I believe 100% commissions are given to you, but not for all sales you make. The ones that aren’t go up to your up line, aka, the person who you purchased the high ticket item from.

While there is massive money to be made with this formula potentially, the dirty secret which is what I like to call it of these programs isn’t just that there’s a pyramid scheme happening, but also the damage you’re doing to people who don’t know what they’re getting into.

Have you ever wondered where that money is coming from? If you have, then you deserve a pat on the back. Most people don’t question these types of things. They see that they can make $1,000’s and that’s it, they’re hooked, but if you’re smart enough to ask where the money is coming from and think twice before stepping in, then I want to run you through the process of what will happen if you join this program.

Whether or not you decide to go further is completely your decision. Some people won’t care about what they sell, as long as they make money and then there will be others who will wonder about the effects of this system and maybe think differently. I’m on that latter side.

The rundown of what happened:

As I said before, Millionaires Challenge System is really nothing more than a connection to MTTB/MOBE. It is an affiliate website that connects you to it and once you do, you are run through a series of videos in which you’re given training on making money online.

All seems to be going well and you’re learning a lot for the $49 you put in, until you hit a step in these training videos where you’ll have to pay to go further. How much? How’s close to $2,000 sound? Ridiculous? Well that’s how the program has been functioning for all this time.

You would think by that point many people would turn back, but you are promised high commissions on these high ticket items so logically, if you can get a sale or two, you’re either in the break even zone or just made a huge profit, so chances are many will take that risk and pay up.

But how are you going to make those sales? Well in the training, you’re going to be learning that, but in a nutshell, it all that you’re really going to do is basically the same stuff Shaqir did to get you into the program.

Your job will be to get others under you and those referrals to do the same, some of which will pay you in the process. This is because the entire MOBE empire is an MLM program (it actually changed from that to a regular high ticket system, and then got shut down shortly after), and an extremely expensive one (actually, it’s one of the top 3 most expensive ones I’ve ever seen).

Now it’s not like Shaqir is lying. He’s actually telling the truth about the potential of this business and he’s not really hiding anything. And while that is “honorable”, I would be interested to know if he thinks it’s a pyramid scheme like I do. I’ve gone beyond all doubt on this.

Success in pyramid schemes is rare. There’s a reason why most people who try them fail and it’s more than just because they don’t do what they have to, it’s all because the model is literally a pyramid and most people WILL fail because to feed those at the top, the ones at the bottom will have to pay.

The way I look at it is that you’re stepping on other people to get to the top and I’m not cool with that at all. That’s unethical. And yes, people do complain about the main program.

Yes you do have training to help you earn money, but often times, the people who sell you these programs don’t really care too far beyond the main sale they make and it may be possible that you never hear from them again. There are smart people who do take care of their referrals and give them training to help them make sales because if they do, a chunk of that goes to the main seller.

But when you have so many people doing the same things, you start to “saturate” your market and unless you know where to look and what to do, you’re not going to find another source of income easily.

This explains why the big affiliates of MTTB have created their own names to hide the main program. It happens all the time and while it is smart, I don’t believe it’s right to sell this program to people (I’m talking about MTTB and MOBE).

See beyond what’s at face value:

I don’t know how well MOBE is doing, but I do know that I run into programs like Millionaires Challenge System that promote it. It’s a popular thing that happened back in the day when another huge program, called Empower Network was around (It still might be).

That program was/is a pyramid scheme and when complaints started to go on the rise and people became more educated on what it, there started to be a rise in third party affiliates creating their own “systems” and websites, naming it differently

0 out of 10 stars. I’m only challenging the ethics of what this program is promoting.

My final thoughts: You DON’T need to promote scams to make big money!

I hate it when people accuse me of hating on programs that pay big and call them scams. I hate it even more when they say I probably don’t make anything. Well I do. I don’t sell people high ticket items, I sell them actual value for fair and honest prices. And I’m happy with that.

I’d rather sell someone an in demand product they will love and get joy out of for a penny than sell a scam for $1,000’s. In the case of making money online, I only sell people to a program called Wealthy Affiliate:

It’s not a pyramid scheme or an MLM, it’s not expensive, it has a great model of making money and you get all the support you’ll ever need.

You don’t need to scam people to make money. If you’re that type, I hope one day you’ll change your mind. 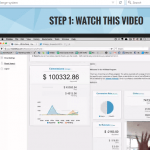 I showed you why that program was a scam, but here is the program that is not.

9 thoughts on “Millionaires Challenge System Review. A Scam? Read This!”