For years I’ve been putting off doing a review on Springboard America, and that’s because at first glance, I didn’t have much faith in it being a good survey site to make money from (maybe a scam).

Now that I finally had a chance to look at it and see if it’s a scam. Is it? And did my opinion of it change? Well enter the review I finally managed to get done and the answer is…

Well no, my opinion of it hasn’t really changed. It is one of the more professional type of online survey sites out there, but it is in my opinion, and by no means a good way to make something decent on the side. But real quick:

Let’s get into the details of Springboard America so I can explain to you what to expect from this company, what pays more, the whole sch-peel on online surveys in general and what can REALLY make you good money online:

Everything you need to know about Springboard America in 10 seconds:

What is it? It’s a paid online survey site that is only available to people who live in the U.S (not America in general). 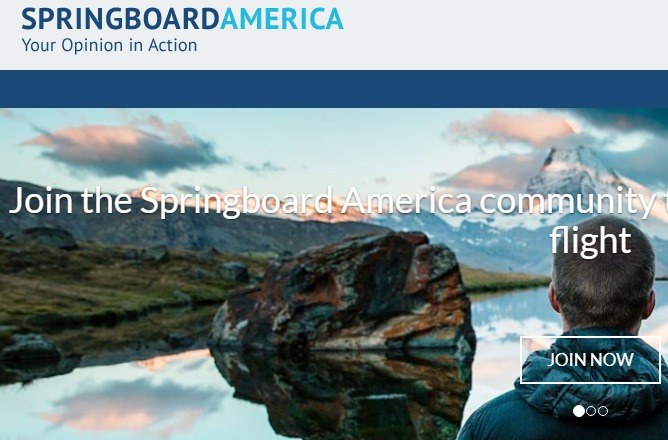 How much can you make? In most cases, you can earn pennies per survey (the shorter ones). You can earn a few dollars from the longer ones, but they are generally harder to come by.

Overall, it varies on which survey you are eligible to take, how long it takes to complete it, how many of them you complete but generally, to make a few $100 a month is unlikely for most people.

You can also make money promoting and referring people into Springboard America as an affiliate for it.

It’s a legit paid online survey site, but I would never recommend it to people because I just don’t believe it’s a good opportunity.

It doesn’t pay well (at least in comparison to what I’ve seen which pays better, and I’ll explain what that is) and I think you will spend too much answering surveys which won’t compensate you in a way that is satisfactory.

The core problem with Springboard America:

My main criticism of EVERY single survey site I’ve ever reviewed is that they just don’t pay you well enough for all the time you put into them. Or in a nutshell, this is my main problem with paid online surveys and that there are so many better ways to make money online (like these 10 options).

Now there are exceptions of course and certain, rare cases apply where there are people who make decent money with it, but I assure you, speaking from the plethora of experience I have in this field, you will not make a lot in MOST cases, in my opinion.

People like to compare survey sites and seek out which pay most, but the system under which this whole industry functions is set up to pay you very little, regardless of which survey site you’re looking into.

I have a whole other article that talks about the best paid online survey sites I’ve found, but I’ve always made sure to make it clear that even the good ones are not worth going into.

Even the ones I’ve seen to be better than Springboard America still pay VERY little in comparison to other things.

2 out of 10 stars. My opinion hasn’t changed about this program nor paid online surveys. They pay too little to invest time in. Therefore, Springboard America, based on my findings is not recommended.

Try this instead of paid online surveys if you want to make money:

There’s a multitude of things I can and will list here. I earn a good income online and out of the various ways I’ve done it, paid online surveys have NEVER been one of them.

My main recommendations for people seeking a side income is several options:

I have a list of 10 work at home options you can check out here. That’s a good place to start as each option has it’s own particular requirements which you can find suitable. And notice, in that list, not 1 of those things is a paid online survey site.

I also want to say that there is an update in which I wanted to edit that list and recommend a program called Text broker or in general doing writing jobs for sites. Either way, Text broker is a great place to earn a few $100 a month if you’re into writing and want to get paid for it.

One more thing regarding Text broker, consider the fact that writing 1 article there can earn you more than completing HOURS worth of online surveys and being paid less in the process.

So there’s at least 13 or more alternatives to go with here, and none of them are paid surveys. As long as the system that it currently works under stays the same, I’ll never recommend a paid online survey site.

Also worth noting, Springboard America has an affiliate program and while I have the option to promote it, because I feel like it’s not a good product to promote to people, I just won’t do it. You can make money promoting good products to people and making good money with that and my last option I talked about above gets into the details of how all of that works.

One final thing: Why online surveys will never pay well.

The big problem is that most people do them, do them to make money, so their opinions aren’t always accurate (they just want to make fast cash), which destroys the purpose of the survey’s value, so to save money, the survey site will never risk overpaying the person doing their survey.

The people who get paid the most for their opinions are trusted individuals and more importantly consulting type people who have experience in certain fields, and their opinion is important for people, so they will get paid the real money, but you’ll never find those categories of people doing paid online surveys. 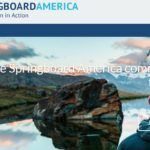 Instead of using paid online surveys, this is what I use to make me a full time income.
Click here to test drive Wealthy Affiliate risk free and get your bonuses (no CC required)

6 thoughts on “Is Springboard America a Scam? 13 Better Options.”