I have strong suspicions about Cash Tracking System being a possible pyramid scheme and in this review will explain why I have come to that conclusion.

Price: Monthly membership of about $40.

But to participate in the program, you need to pay at least $500 to the person who invited you, meaning the min investment is $500, but it can get to $3,500 depending on how much you pledge and that is the highest amount you can give.

I have to admit that while I did not participate in this program, based on what I know regarding this type of system and the research I’ve done, 2 things are clear:

1) You can make money with it, but the problem is that the legitimacy of this program is in question and…

2) As far as I’m concerned, it sounds like a straight up pyramid scheme, so to me it doesn’t matter if you can make money, if the business is shady, I won’t recommend or join it and unfortunately I see that here.

This program has NO product, no service, but just an opportunity to make money via recruitment. How is that not a pyramid scheme?

Recommended? I personally say no. 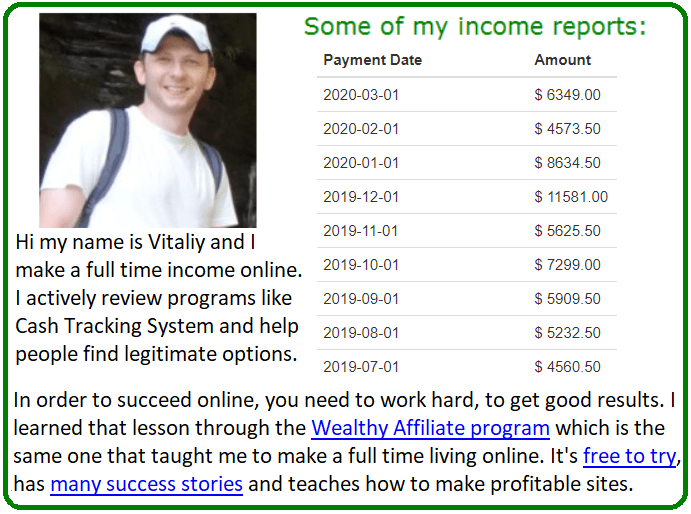 So what is Cash Tracking System all about?

The program in my opinion aims to capitalize on a trend known as cash gifting where people are incentivized to give money to others but with the intention of making more money in the process. This kind of removes the “giving” part of the equation, but let me explain where this program fits into this:

Basically the program is a private membership organization which in order to join, you must first be referred into it and given a code. Once inside you pay a monthly membership fee of around $40 a month and must also pledge at least $500 to the person who referred you.

Then you can start referring people into the program and have them pay you as the referral. This is where the money can be made. See programs like 30 Day Success Formula if you would like to see more examples of cash gifting programs like Cash Tracking System.

How much you’ll have to spend on Cash Tracking System to start:

To even be a member of the “opportunity” involves spending $40 a month, but to actually start this, you have to pay up at least $500.

This money goes to the person who got you into the program and also makes you eligible to participate in the program (or scheme if you’re a naysayer of this business model, which I am).

Now you elect to pay, excuse me, give/gift the person who referred you more money and for that you have 4 choices:

Now while one may elect to start at $500, the incentive to pay more works like this:

If you pay you referrer more than the $500, then when you start referring people, they can also pay you more. If you only pay them $500, you can’t make more than $500 per person, but if you pay for example $3,500, then you can get paid that much by the people you refer, so in other words, if you give more, you can get more from the referrals you bring in.

Confused? No problem, here’s a simple example of the “business model”:

And I put it into quotes because I don’t believe this is a legitimate business model, it’s just a pay one person to get opportunity from another who will pay you. It’s a rotating money system and I don’t think it’s legitimate at all, but anyway:

2) I signed up to the site through his referral code/invitation (whatever it’s called).

4) Once I pledge and send this money out, I now can start promoting the program (I forgot to mention this program gives you sites to promote to people, but they aren’t that good from what I’ve read…).

5) If I get say 5 people into the program, they too have to EACH pay the $40 or so dollar monthly membership and then pledge at least $500 to me. So theoretically, I can make $2,500 in revenue, but if you include the original price I paid plus the monthly fee, the profit is shy of $2,000.

Note: Despite the fact that you’re getting cash, if you make over $14k a year (in the US), legally it has to reported as income for taxation.

What if I paid more than the $500 when I joined Cash Tracking System?

If you take the same thing I just explained above but change my original payment to Joe from $500 to say $3,500, then the 5 people I bring into the program can pay me MORE than $500 and I can potentially make more money from this.

Does this whole system work?

My answer is a reluctant yes, but I honestly do not like it and feel it’s not legitimate. This is where I have to give my personal opinion on what I think this system is:

In my opinion, it’s a pyramid scheme.

Why do I feel that?

Because let’s be honest, there’s no free will giving here going on, it’s just an attempt to make more money on everyone’s part and the site itself is providing incentive for people to do this and collecting on the monthly fees. 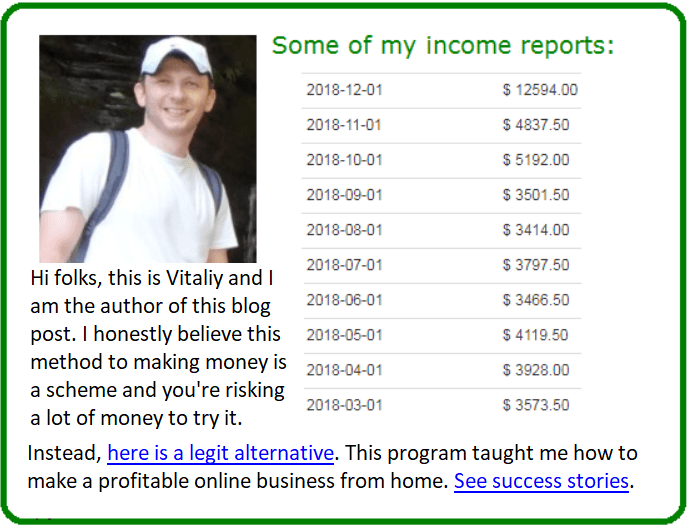 in a large amount of money for what is essentially 0 services and value provided and just an opportunity to join the program to refer others. This has been in the past the clues I’ve looked for in programs to identify if they are pyramid schemes and unfortunately, Cash Tracking System looks like it’s doing this.

But while I am giving my opinion, I have a lot of experience with understanding pyramid schemes especially from exploring MLM programs and if there is such a thing going on. I also know about different business opportunities to make money online.

Cash Gifting programs are a very shady area of the money making department and I would honestly stay away from them. You are having to invest a lot of money and you’re also not guaranteed to make a lot either (one thing the program does do is warn about this, so that’s good).

I’m an online business owner and believe in giving people fair value for the things they buy from me. This can be in the form of consultations or promoting products that serve/solve their problems.

When I apply this principal to cash gifting programs, never mind the program I just reviewed, I see the opposite. I see an opportunity, yes, but at the same time, I see zero value offered, because people have to invest a lot of money, and get nothing but an opportunity to sell the same zero value thing to people and no, I don’t consider potential money made to be valuable. I consider tools, support, training to make money, tangible stuff to be valuable.

While you may disagree with me, I’ve build a good online business (from home) doing this over the years and have helped people do the same things by for example providing them with a program that teaches them to make money online by creating valuable websites that help people out with certain problems they have.

To make the money, these business owners sell products and services which help the people with their problems and this is an example of value being offered and this is a business model I think works very well and makes people very happy. It’s also very lucrative:

In any case, that’s my alternative recommendation to Cash Tracking System and Cash Gifting programs in general. 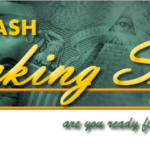 Cash gifting programs are super risky opportunities and I do not trust them. I make a full time income from home and I can tell you it takes work. This is how I do it legitimately.