Let me show you why Home Online Profit Education is a scam (I purchased it) and what alternative you can try that can be trusted instead.

Price: $49 bucks. But man, it explodes in prices afterwards.

This actual site/program is bogus (I will explain why). What it leads to however is an expensive education program in making money online. 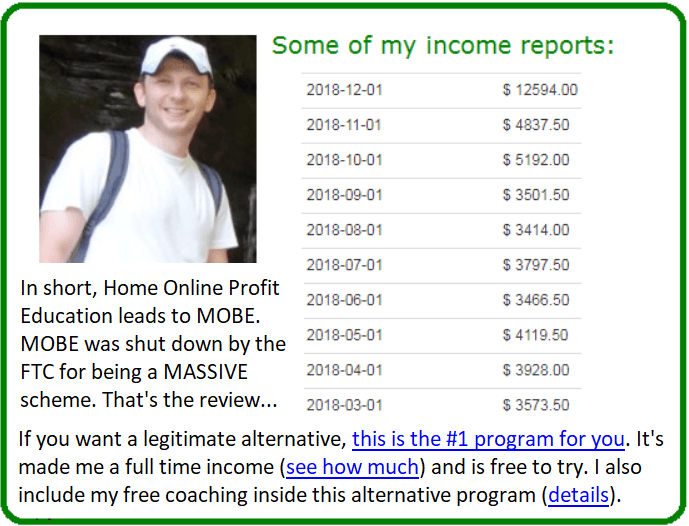 It’s literally nothing but a made up website name and program name, as is the person who is said to be behind it (Heather Smith). I don’t even know if this was done on purpose, but the abbreviation of this system is H.O.P.E. I can’t even…

But anyway, all it tries to do is send you into a program called MOBE, and that is the end goal here…

I’ve talked in great length about MOBE before, said it was good in terms of learning about making money on the internet but absolutely not recommended because of it’s pricing ($10,000’s in costs potentially). And as I also just updated this post, know that MOBE is gone.

This scam has it’s tentacles everywhere and I can’t escape it!

Home Online Profit Education is the 4th fake site in a week’s time I’ve run into that leads back to a program I purchased (and regretted doing so) called Automated Daily Income, and that program is the one which ultimately leads you into MOBE, the pricey program I just talked about.

Now I actively “patrol” the internet looking for scams (I have a list of many work at home scam programs I found here), and Home Online Profit Education was on my list (as are many to more names to come). I couldn’t find the main site (it’s common for these places to come and go) but I did find numerous single page sites that talked about how great it was (these were likely promotional pages).

Here is an example: 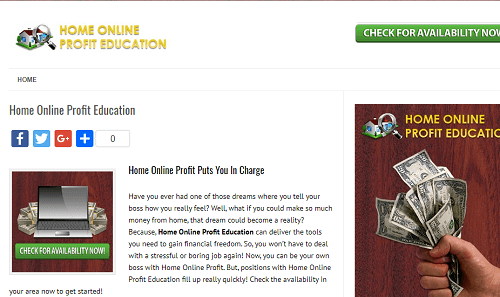 For future reference, if you see sites like these, be very careful. In my experience most of the time, these are fake sites too, and whatever they redirect to may very well be a bad program.

In the following case, I ran into about 3 websites that looked like this. Again, I could not find the main Home Online Profit Education, but these sites promote it, so I figured they’d lead me into the program. But the answer is no, they didn’t. Instead they ALL led me to…

Automated Daily Income, a program I purchased and found out did nothing but led me into MOBE (and also tried to get me to buy extra stuff beforehand!).

So when I determined that Automated Daily Income was a scam, then I knew that every other site, whether it be fake or real that led to it, was also promoting that scam, and thus that’s how I knew Home Online Profit Education was a scam. Here is a list of some of the other sites I’ve discovered that run this same funnel:

I had to go through a very long refund process:

It took at least a week for my request for a refund to go through because as soon as I figured out that I was a member of MOBE (this is literally NOT what I wanted), I had to contact them and get that refund. Luckily I did, but man, did it take a bit too long…

Here’s my theory on all this fake site stuff:

1) The person who is in charge of Automated Daily Income is an affiliate for MOBE (And by the way, because it was a high ticket scheme, this is why the FTC decided to investigate). He or she is trying to get as many people into it because it’s a very expensive program that will pay them big money for each referral if they sign up.

2) There could also be other affiliate marketers involved in this operation who made those fake work at home sites to get a piece of the commission pie. Affiliate marketing by the way can be done ethically and I know how to do that personally, as well as teach people to also do it.

3) I think the same person who made Automated Daily Income either paid some third party companies or people to create these fake sites (Home Online Profit Education and the others I found that led to Automated Daily Income) to funnel people into their site, which then funnels them all into MOBE.

It’s like different streams going into 1 river and that 1 river going into an ocean. And because I’ve stumbled onto this 4 times now, I think I have a good theory here. Again, all of these programs are fake and point to Automated Daily Income and that points to MOBE (all roads lead there apparently…).

While these are my theories, it is 100% true that MOBE has a big affiliate program that pays big commissions to those who buy their products and promote them, so the money incentive is certainly part of this equation. 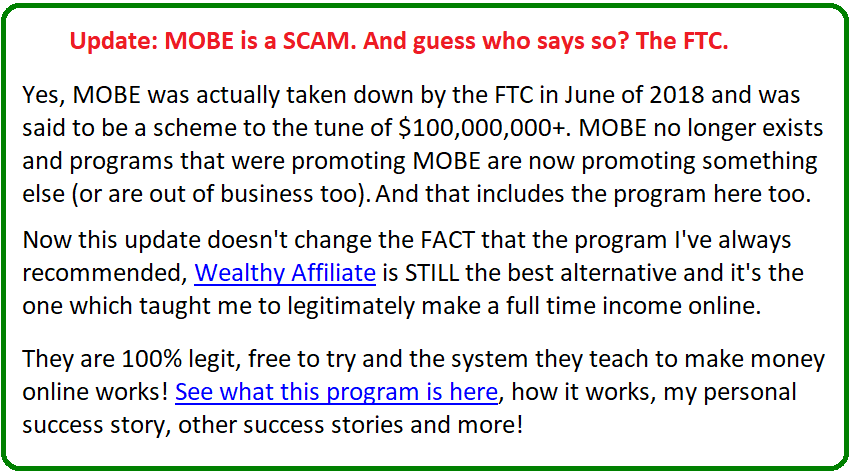 The main issues I have with all this:

1) I don’t really care about MOBE here (well I do now that the FTC thing happened). I only care about the deception that’s going into creating these fake sites, fake program names and all the deception being used to promote MOBE to people.

In short, this type of marketing is sleazy in my opinion and totally repulsive to me. The fact that someone has to go through such efforts to promote a system is just a really bad sign and it also impacts MOBE’s reputation as I said before.

3) This whole marketing ploy really gives unsuspecting people the impression that making money online is sleazy and I honestly think it’s the reason why so many people look down upon this industry.

Believe me, it’s not so and there are good marketers there who promote good things, in an ethical way, but in my opinion it’s not the person who made Automated Daily Income and or the others (perhaps the same person) who made those fake sites.

4) At this point, I’m already expecting the next fake site I run into to promote this same sales funnel all over again. At the very least, I can warn you guys about it as soon as I can but if you already know of another program that is doing this, let me know below.

0 out of 10 stars. It isn’t real, you can’t find a main site and it only sends you to a different program. What more can I say?

My final thought and legitimate alternatives:

While I don’t promote MOBE, if you can afford it, it may be logical to join it, but my recommendation is a bit different, free to try and you get the same if not better education on making money on the internet.

What I recommend is Wealthy Affiliate, my #1 rated program that’s actually REAL, free to try and there’s massive benefits of being a member, other than getting arguably the BEST training in online business.

I have a whole inside look and what you learn from Wealthy Affiliate in the link above. Check it out.

Believe me, if you though online marketing was a scam, that program will change your mind because they teach ethical ways of making a living on the internet. 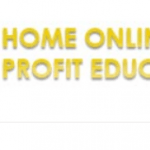 This program in a complicated way leads to a big scam, so here is an alternative that does not.
Click here to test drive Wealthy Affiliate risk free and get your bonuses (no CC required)

4 thoughts on “Home Online Profit Education Review. Yes This is a Scam.”