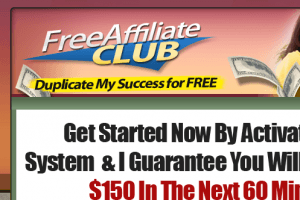 Allow me to explain in this review how Free Affiliate Club works and why I say it may be a scam.

Price: $29.95 for a hosting plan and probably some other expenses inside (I’m guessing).

I’ll explain what they’re trying to do and why even if what they offer is real, why it will have issues.

Free Affiliate Club in a nutshell:

There a bunch of reasons I’d never use Free Affiliate Club and I’m going to point them all out in this review. Did I buy the program? No.

And that’s because they’re pulling a very popular tactic (scam) where they hype up their program, say it’s free but charge you monthly for a hosting plan.

They use the word affiliate in the name and it happens to be that I know that stuff VERY well. See my affiliate marketing post on making over $1 million for proof. But here is how I learned it: 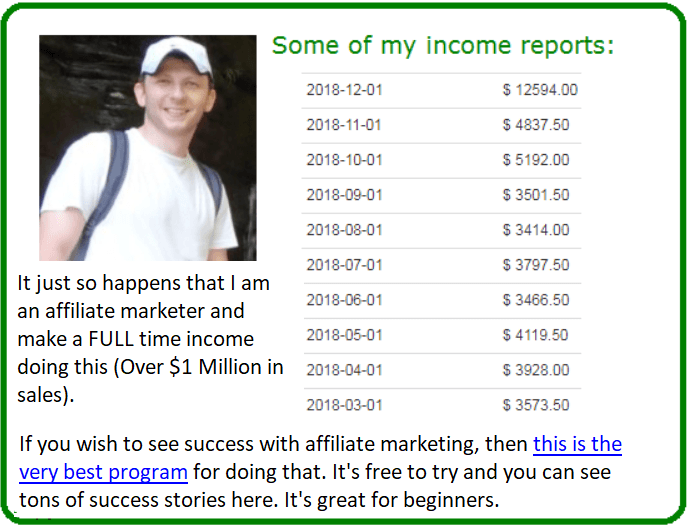 Never say something is free if there’s actually a price to it. With these hosting scams, it’s always the same play by play act:

Say you have a special website which you’ll give people for free that will make them money, not offer any insight into the actual page except hype, then say there’s a “tiny” charge just for hosting so that site can show up online. But that tiny charge adds up.

2) Adding on to the hosting is the problem:

With the plan itself which is that it’s very binding and even if it’s good, it’s overpriced vs competitors (decent hosting costs about 5-6x LESS than what this place is charging).

Hosting is a necessity for any website to have, but there’s different places offering that. I have my own preferences (Godaddy, Namecheap and even cool site builders), but I never trust the ones which are promoted through scam like tactics Free Affiliate Club is pitching.

Update: There is awesome hosting for a great price in my top recommended program Wealthy Affiliate. With a premium membership there, you get speedy hosting for 10 sites as well as security and other great accessories.

3) Let’s talk about the “profitable” website they’re supposed to give you:

Let’s just assume that maybe it’s truly as good as they claim. Why if that’s the case would anyone want to just “give it away”? I’d certainly never want to just throw away a money maker.

4) Where is the traffic going to come from?

I love programs that pitch their push button systems.

Ironically it CAN work and the only method I’ve personally seen is one where you find a hot market and promote your website to that market through paid advertising. This is not meant to praise Free Affiliate Club. It’s just meant to explain it is possible, though I doubt it’s going to be through this program.

Now with Free Affiliate Club, they say they’re going to show you 3 “top secret” traffic sources. Let me shed some light on what it could possibly be since I do online marketing for a living: It could either be: SEO, PPC (paid ads) or possibly just solo ads.

Now let’s deduct these one by one to explain why it’s a bad idea to use pre-made sites with any of these 3 methods:

A) SEO: It’s marketing through organic searches and this is the easiest one to dismiss. If you’re getting pre-made sites then odds are one like it is already ranked on search engines and any that are identical are NOT going to get ranked. Not high, or possibly even low and that’s because of the duplicate content punishment that comes. You can’t just have people making copycat sites and expecting them to work. It doesn’t work that way anymore.

B) PPC: So I did say it is technically possible to make this work, but we don’t know what the site is, or what market it’s in and with PPC, you need to have this information. Let’s say you buy Free Affiliate Club’s promoted hosting plan and get the site. Now you’ve got those 2 things covered.

The next problem you’re going to run into is that you will have NO experience in paid advertising and that you’re going to have to pay to actually make this work. And I’ve said plenty of times that PPC is not a world I’d dive into if you’re a beginner, no matter how awesome of a guide or trainer you have.

C) Solo Ads: So these things are pitched very often in programs and while it’s entirely possible this is NOT one of the 3 top secret traffic sources, I see it recommended often with programs I always rate low. Solo ads basically involve you getting visitors to your site through an email list of another person.

If the site is indeed as good as the creators of Free Affiliate Club say, then there’s a chance something could come of this, BUT that’s considering the Solo Ads you run are relevant to the site, which at this point is a mystery to us. If you have a diet site and send people to it who are interested in bicycles, you’re not going to make anything.

So with all of these possibilities, you can see how there’s so much doubt moving forward. This is why you never get pre-made sites without knowing in advance exactly what they are about. Then it may be beneficial to do that.

So I see this mentioned:

Paranoia is one way to describe how I feel about programs that claim you’ll get coaching. And in this case, it’s about a $1,000 (I already believe that’s too much to charge for coaching!).

They make this sound like it’s free, but I have a hard time believing this. With programs which use the hosting scam ploy to get people to buy, it’s hard to believe anything they promise as bonuses. But there are places to get legit coaching, I offer coaching here.

A few other cons:

2 out of 10 stars. A good site that already exists doesn’t mean you can automatically duplicate it. There’s boundaries in that and without understanding how the business of making money online works, you’ll have a site, but no means to use it for profit. MMO by the way means make money online.

I wish they’d at least show the site they were praising so much. If it were even worth at least half of what they claim, I would have actually purchased the hosting plan, even for a month JUST to test it out and maybe even offer up some tips to making it work. But mystery sites and tons of hype on a page which end up trying to get you to pay is nothing but a recipe of a scam. 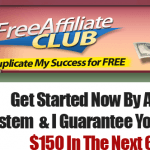 Yes I say Free Affiliate Club is a scam. Here is a legitimate program that I recommend instead that helps you become a successful affiliate. See my proof.