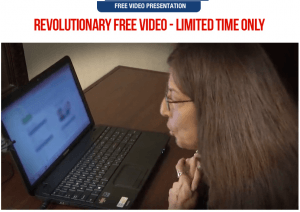 I’ve done reviews on Anthony Morrison’s products as well as his brother (Adrian Morrison) and with the exception of Fast Traffic Formula, I never rated their products highly.

But that’s not the point. I want to tell you why I won’t be recommending this program even though it’s not technically a scam.

Fast Traffic Formula in a nutshell:

Basically a guide to doing paid advertising online. Technically the concept of fast traffic does exist through paid advertising (considering you already have a site up). In most cases, if you set up paid campaigns, you can start receiving traffic within hours.

Inside the Fast Traffic Formula program:

Much of the training revolves around doing PPC (pay-per-click) and advertising your site through places like Plenty of Fish (dating site) and Facebook. There is also an 8 week course that I originally though would take me through a step-by-step process of setting things up. This is not the case. The course is actually a compilation of webinars, and from what I’ve seen, there are many that are still not up.

There’s certainly profit potential behind paid advertising and utilizing what is taught within this program. The biggest pro is that you really can get fast traffic to your website instead of going through traditional methods such as SEO and wait weeks/months for your site to rank on search engines.

On the flip side however, there is the gambling aspect. Paid advertising no matter how “full proof” is still a risk.

You’re paying to show your ads on different networks. Each time someone clicks on the ad, you pay an X amount and while there’s way to minimize how much you pay, you need to understand that this business requires money, so if you’re:

Someone who has little money to invest into paid advertising, don’t do it.

If you’re a beginner to paid advertising, I don’t recommend it either and the major reason is that I believe it’s NOT beginner friendly. You need to get off to a good start with online marketing if you’re new and the best place to start is here in my opinion.

1. Anthony Morrison doesn’t have the best reputation in my book. When I reviewed one of his previous products, I gave it one of the WORST ratings possible. It was a gateway to up-sells and shared your information with third party companies which would then contact you for coaching “opportunities”. This was a major scam in my opinion.

I honestly don’t trust Anthony Morrison. His past programs like Inbox Inner Circle and Partner With Anthony involve him doing marketing in a way that are not in my opinion transparent.

2. There’s tons of up-sells within the Fast Traffic Formula. There’s at least 3 initially, starting from the home page to after you purchase the program. If you avoid buying it, you’ll have to go through a “down sell” page where the same program will be offered at a discount. This is a clever way to try and get you to buy whatever it is they are offering.

I’ve never been a fan of up-sells especially if you’re not told about them before you purchase the initial product. This is common with internet marketing products and is the case here too. I find it a deceptive form of marketing.

My overall opinion on up-sells is this: Don’t buy them UNLESS the initial product you purchased is proven to work. They like to decorate how awesome their extra up-sells are and how much success you’ll encounter, to act now before it’s too late and plenty of other artificial marketing tactics. I never go for this kind of stuff unless the initial program proves itself to me.

3. The information isn’t really new. In one of my previous reviews, Adrian Morrison’s product Social Commissions was based on exactly this type of marketing (Plenty of Fish) and I rated it low because the quality of the training was poor and this kind of information, though profitable was in my opinion a bit over hyped and over priced.

So what’s really happening here (technically) is the same idea from one of the Morrison brothers training is being recycled and re-packaged again. You’re just advertising on Plenty of Fish, that’s it. That’s what the whole program was about. There, I just saved you a ton of money.

As for the other training within Fast Traffic Formula, well ok, you get training on how to set up PPC campaigns successfully (I do that too, but you can read it for free.) , but I really believe this kind of information isn’t new and you can get the same kind of info elsewhere. In fact, most of my success was actually through doing PPC and I wrote up an entire free guide to maximizing your opportunity within it. Here is the entire pay per click guide.

4. I speculate that through buying this program, they may try to sell you their previous programs. This is based on sheer speculation and I don’t know if it’s true, but from a marketing perspective, it makes sense to keep selling products to people who purchased your previous ones. I wouldn’t be surprised if buyers of this program are going to be pitched on Anthony & Adrian’s previous/current programs, some of which I have already told you my personal opinion on.

5. They are using the same video on their sales page as was once on the Social Commissions website. I kid you not. When I first reviewed Social Commissions, it showed me the same EXACT video that Fast Traffic Formula is currently showing.

But now when I looked back on the Social Commissions website, it’s a new sale’s video being shown. Honestly this isn’t really a huge deal as long as the training is truly good, but it’s a big disingenuous in my opinion. Rather than making a whole new video and explaining what you REALLY get from this program (which they don’t, it’s just hype really), they just re-cycled an old sales video.

In fact, I have my suspicions that they just took the same program from Social Commissions and made it an extra perk of Fast Traffic Formula which is OK, but what’s the point of selling Social Commissions separately? Oh right to make more money.

3 out of 10 stars. This is my optimistic rating. The training is decent, but there’s FAR better alternatives. My #1 recommendation is Wealthy Affiliate.

Even though the product is good, my past experiences and research on the Morrison brothers did not yield favorable views and it’s really my distrust of these guys that I ultimately cannot recommend Fast Traffic Formula. It’s a decent program and on it’s own, it’s not a scam, but there’s truly better ways to succeed online, especially if you’re a beginner. Again, Wealthy Affiliate is my personal recommendation.

If you have a personal review of Fast Traffic Formula and would like to share it, I’d love to hear your thoughts!