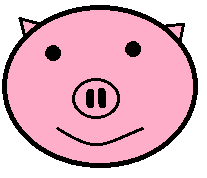 The concept of piggybacking applies to more than just someone being carried on someone else’s back.

This idea can also be applied to online marketing and can lead to profitable results (but it isn’t always ethical).

I’ve used piggybacking techniques in my online business in both ethical and unethical ways and in this article, I want to help you do it right so you don’t ruin your reputation, business and basically do it in a way which is ethical (learn from my mistakes!).

5 examples of what piggybacking looks like in online marketing:

There are a number of ways to look at it:

1) You see a product you would like to promote as an affiliate marketer because you feel there are opportunities for you to make money with it so you decide to reach out to the vendor to see if you can do this.

Here you are piggybacking off someone’s product idea and helping them promote it. This is ethical.

2) You see a product that you don’t like but it’ getting a lot of traffic and attention so you use it’s popularity to funnel people interested in it to something else.

Here you are piggybacking off a product’s popularity and using it to make money for another product. This can be either ethical or unethical depending on how you go about it. Here is an ethical way to review products.

3) You see blog posts or website ideas you like from people (or don’t like) and you decide to do something like that on your website or start a project based on the same type of idea but seek to improve upon it.

Here you are piggybacking off other people’s blog ideas, but seeking to make your own unique improvements on it. As long as you aren’t copying someone’s content here, this is ethical.

4) You read about a popular news story or see something on things like Google trends which give you new ways to market.

Here you piggyback off trending events and it’s ethical.

5) You see blog posts or products from people you like and blatantly copy their ideas. It could be the website’s theme, the content you see posted, or it could just be a product you like, so you make one that’s almost exactly like it and sell it under a different name. This is unethical. I have unfortunately made this mistake once.

Here you literally piggyback in the most unethical way possible.

These are the 5 most common ways of piggybacking in online marketing.

When is piggybacking ethical?

Basically (but not all the time), 1-4 are all examples of when it’s mostly ethical and 5 is the unethical one.

I feel that as long as you are coming up with your own original ideas or taking existing ones and making original efforts to improve them, it’s OK. In fact, if you think about it, MOST people piggyback whether they know it or not and a lot of technological advancements are as a result of it:

Most if not everything that is invented is rarely an original idea.

In many instances, it is an improvement of another existing idea or concept. Piggybacking in a way has led to the further progression of technology and an improvement in life because there is always something, somewhere that can be improved upon.

People, more specifically inventors and entrepreneurs see problems in this world and solve them through coming up with solutions of their own which can be brand new or they see a product that somewhat solves certain problems, but may have it’s own problems and they come up with variations of it that solve them. It can be their own product or they can get in touch with the existing product’s creator to work together and make it better.

And even when you don’t think about it from a marketing point of view, it still happens in everyday life:

You see people bettering their lives through health and wealth and you too want to know how you can do it. Is that not piggybacking as well?

But of course there is the unethical side of it and there’s 2 versions of it in my experience:

The first we’ve already covered (something is being copied completely).

The second and this one is directly involved with online marketing is when you have people who “steal” content ideas from other blogs to fill up their site. Now there’s also 2 ways to look at this:

Scenario 1: People can use content they find to come up with their own original ideas. This one is OK and I actually do that. I also know there’s people who use my blog to write stuff on theirs and I have no problem with that either. Maybe they can write about the same topics I do, but add some different insight that could be better…

Scenario 2: They basically just re-write the same content they find so it just ends up being a re-written version of the same thing.

I actually have a story about scenario 2:

It explains why it’s not only unethical, but why it will never end up bringing success. One of my main mentors in this business, Kyle (One of the main teachers of Wealthy Affiliate) has an internet marketing blog.

When he first began writing on the blog and sharing it with the Wealthy Affiliate community, there were a lot of people who read it. One person in particular used the same exact ideas for blog posts and also wrote the same things on his blog. What was arrogant was that he would often use the word “mine or me” for these posts when it was so obvious he was ripping off Kyle’s content.

While Kyle kept writing new posts, this person had a new stream of content “ideas” to work with, but overtime as Kyle began to post less, this person ran out of ideas to blog about copy and eventually his blog fell apart. I know this because I kept my eye on it.

Most of the time, he would focus on 2 things:

Using the content from Kyle’s blog to write his own version of it and decorating his site, but as he probably learned the hard way, decorations mean nothing on a site if the originality and good content isn’t there.

I haven’t seen any new stuff from him or him posting on Wealthy Affiliate so I believe he just quit but this is what will happen if you do things the way he did. I have many times also looked at Kyle’s blog and it gave me a lot of ideas to write on which had nothing to do with the stuff he wrote, but it just opened up other topics I could personally write about.

If you find ideas and topics to piggyback of to create something original, you can and should use it. Find blogs, news reports and people in niche topics you’re writing about, see an idea or topic they are writing about and use that.

If I see a good niche site covering a topic that I like and am also working on through my own website, I can pick it out and write my own blog post for it, but in it address things the original blog post did not. Suddenly there is a new, high quality post giving more information to audiences. This is not copying, it’s simply piggybacking in an ethical way.

As for the same idea and copying…I have never seen anyone who I know for a fact copies other people’s content succeed. If you can’t write your own stuff, do not copy other people’s things.

2 thoughts on “Is Piggybacking in Online Marketing Ethical? Yes And No.”