I have VAST amounts of experience with doing both paid online surveys and affiliate marketing. 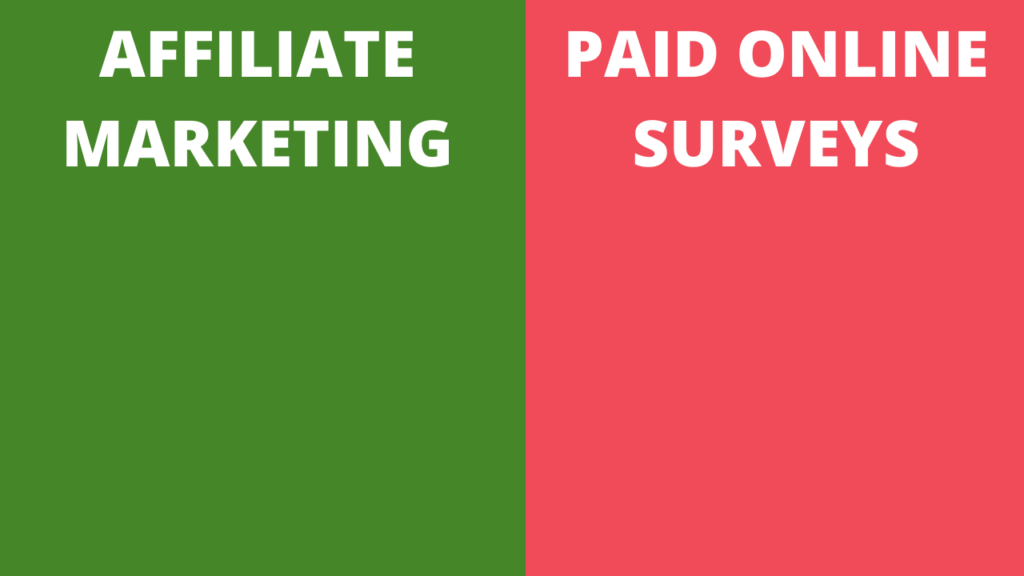 To save you time, here’s the answer to the question on what makes more:

With paid online surveys, I literally made a few dollars and with affiliate marketing? Well, I made a full time income.

This isn’t just a claim I’m throwing out and I don’t expect you to believe me just based on what I said (but I’ll prove in it a moment). I’m going to give you history with each of these methods and actually provide you with income reports on what I made through each method, starting with affiliate marketing: 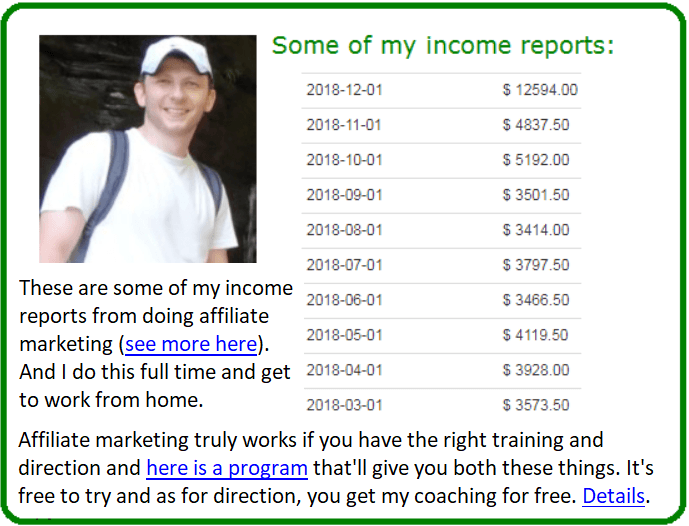 My history with paid online surveys:

I started with trying to make money with them when I just got into the internet world and was trying to find ways to make a side income.

Odds are, you may have been or are currently in the same spot, but in my case I looked through a few sites that had these options, and even paid a membership for one of them (that’s when I learned about the scam that commonly goes on in the paid online survey world).

The sales pages and appeal of these things were the same: Answer a few questions, take some questionnaires and make a little bit extra. It’s easy, it’s quick and it’s a “great way” to make money from home.

The funny thing is until I spent a few weeks on it, I didn’t really really know just how “LITTLE” they actually meant. After working for many, many hours and weeks, and signing up with many sites to take their questionnaires, I ended up making less than $5.

The conclusion I came to was that all of these sites were scams and while I later switched to affiliate marketing (that story is coming up), I still would return back to trying out a survey site every now and then over the years and each time, the conclusion would the same. I have a whole detailed story on this experience here, but the conclusions I want to relay to you are:

My experience with affiliate marketing.

As I mentioned earlier (and showed), I stumbled into affiliate marketing after failing to succeed with doing online surveys. My experience with this one also wasn’t a pleasant one for the first few years (about me), but it wasn’t because this business was a scam, it was because I kept getting involved with programs that didn’t teach it well and also being lazy in that I didn’t want to work hard to make it work and I included a link above showing my experiences (all bad ones).

As this combination of bad experiences led to my years of failing at this business, this bad mindset broke and I finally decided to sit down and take the time to study up on this business and REALLY put the effort into it.

Fortunately around the time this ambition hit me, I was already part of a GOOD program that had all the tools I needed to study this business well and an action plan to put it to use and that program was (is) called Wealthy Affiliate.

After the moment I decided to sit down and really work hard at this, it took a few months before I started seeing actual results from my work. Even the first sale I made online (it was about $17), was ALREADY more than anything a paid online survey ever earned me.

At the same time, $17 wasn’t enough to pay the bills and I had to scale (grow) this business model, so I kept following the training inside Wealthy Affiliate.

This experience over the years led to results that I originally dreamed about when I started my whole adventure in trying to make money online. And in the process, the most important lesson I learned about succeeding at this business is this one.

My earnings from doing online surveys: A few dollars.

I worked for many hours to try and make paid online surveys work for me and this is honestly the result I had, which is why even though I would say these 5 paid online survey sites are good, overall, you shouldn’t bother with this stuff.

The only real way I learned you could make money with surveys is to attend focus groups. Those actually did offer me some decent payments, but overall, I decided not to do them because at most I could make a few $100 doing hours and days worth of sitting around, answering questions in a place other than my home.

My earnings from doing affiliate marketing: 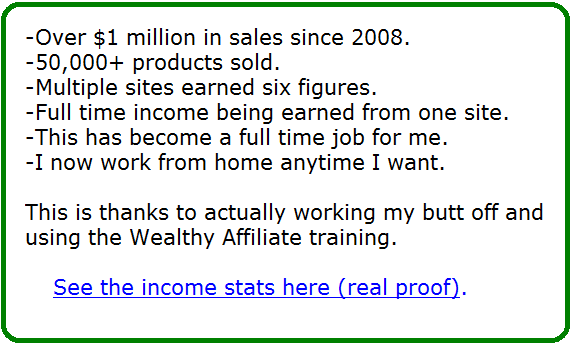 Yes, all those stats I just listed to you are real and they all came from doing affiliate marketing. Now this wasn’t easy and I said I had to work hard, but this is the reality of things.

If you enter into this business like I did initially and expect easy, fast results, you are 100% going to fail and there’s good chances that some of you reading this now have already experienced failure in this business.

Know it’s OK and the reasons for why are the same reasons why I failed. It doesn’t have to be this way though. Knowing what to change and where to go to in order to get the right training to succeed is the answer to making the real money online.

There is one thing I wanted to leave for the final section of this article and that is the illusion that exists with online surveys in that they are good at giving off the impression that money can be made fast and easily.

Like it did for me when I tried affiliate marketing, that mindset destroyed me and the fact that online surveys are also built upon a failed way to make good money, don’t fall for this mirage.

People often trade the promise of fast money instead of sitting down and working like I did and I have said before, this leads to a 100% chance of failure. That is the illusion you need to know about and more importantly avoid falling for.

That mindset hooked me into doing surveys for weeks and paying money and spending plenty of time chasing that illusion and you know how that ended. If you don’t believe me, here’s another fact for you:

I get a lot of comments on this site from people who also have tried online surveys. Not a single person, yes 0% of people have succeeded with them yet. That should tell you something.

Believe me, take the time with affiliate marketing and the Wealthy Affiliate program I just suggested, and you’ll be glad you did.