I try my best to give every program I look at a fair review, but in the case of Home Income Millionaire, the scam signs were so obvious, such 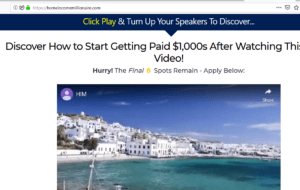 as fake testimonials, that I couldn’t not mention it.

There are also other red flags that I will explain, but on the more positive note, I WILL be providing a safer alternative program recommendation which doesn’t use fake reviews to push it.

Usually with the reviews I do, this is where I give you a basic, quick report on the program and mention what it’s all about, but since I didn’t buy the Home Income Millionaire program (in fact, when I tried to look at the checkout cart, it was a blank page, so I couldn’t do it).

I will just have to explain why as someone who is an expert at reviewing these types of programs and making money online full time, why I don’t recommend it…

I will review Home Income Millionaire, but this will be the better alternative: 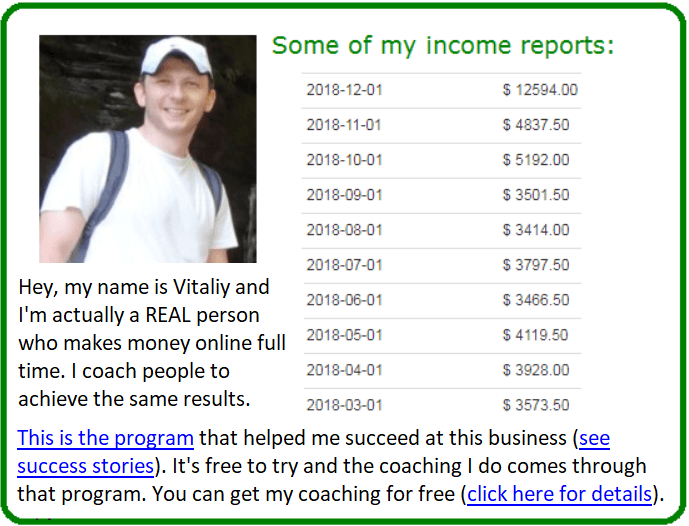 So what exactly is Home Income Millionaire?

Now I’m going to be paraphrasing what I got out of the program’s sales page, but I’m pretty sure this is a fairly accurate portrayal of it:

The sales page is over 30 minutes long and describes a “secret” way to make good money online (which isn’t explained), but says you can make $1,000’s in commissions.

The program is also supposedly providing “real” testimonials from people who said this program worked for them and that they are now making a full time income from home.

After these testimonials conclude, you get a message from the creator “Marc”, who by the way NEVER shows his face by the way throughout the 30 minute sales pitch and says how he has made many people good money by joining his secret group and that there’s limited spots to join as well.

The entry fee to join this program is $97 and assuming things go as they usually do when you buy these programs (I’ve purchased over a 100, so I usually know how it might go), you’d probably be hit with up-sells.

Then there’s also the claims of making $1,000’s in commissions which typically to me indicates there’s some of high ticket system you’re going to enter, which if true, probably means the $97 MAY be the the start of even more investment necessary to really get going with the program.

This is my opinion, but if anyone reading this was able to purchase Home Income Millionaire (remember, the checkout page for me was blank, so I couldn’t), please let me know if I’m right…

And finally, when the sales page is about to finish, you get the same people who provided the testimonials earlier, making them again.

Folks, watching these kinds of sales pitches is nauseating in my opinion. I know about the red flags and when I see how fake this all looks, it is just tough to get through and considering there’s 30 minutes of this you listen to, I had to make sure my stomach was empty.

Here are the 5 red flags I spotted on Home Income Millionaire’s sales pitch:

Whenever I see the following things going on, I warn people to stay away from these programs:

This sales page is a perfect blueprint of how a get rich quick scheme works.

Think about it: You are shown people claiming to make good money, claims that you’ll make good money too, income reports that for all we know could be made up and…

There’s NO explanation of what this program actually is, just the potential of it. This is a VERY common sales technique that uses the shiny object mentality to get people to buy. Explain how much people can make, but never mention what it actually is and many people will already be sold on it.

Oh then there’s Marc. Who is he? I have no clue.

And within seconds of you reading this review, I showed you that I’m real and with the program I recommended instead, that’s real too and so are the success stories of the program called Wealthy Affiliate.

Fake testimonials. I stand by this statement.

Home Income Millionaire uses at LEAST 2 people in it’s sales page (and testimonials image underneath it) that are PAID actors who literally sell their testimonial services on websites. You pay them anywhere from $5 and up, tell them to say so and so is awesome, and they’ll do it.

And I know these guys are paid actors because…

A) I’ve seen them used in other product reviews I’ve done, including scams.

B) They literally advertise their services on Fiverr so you can see this for yourself, publicly. Fiverr is legit as a whole, but there’s people who use it to do things like this… 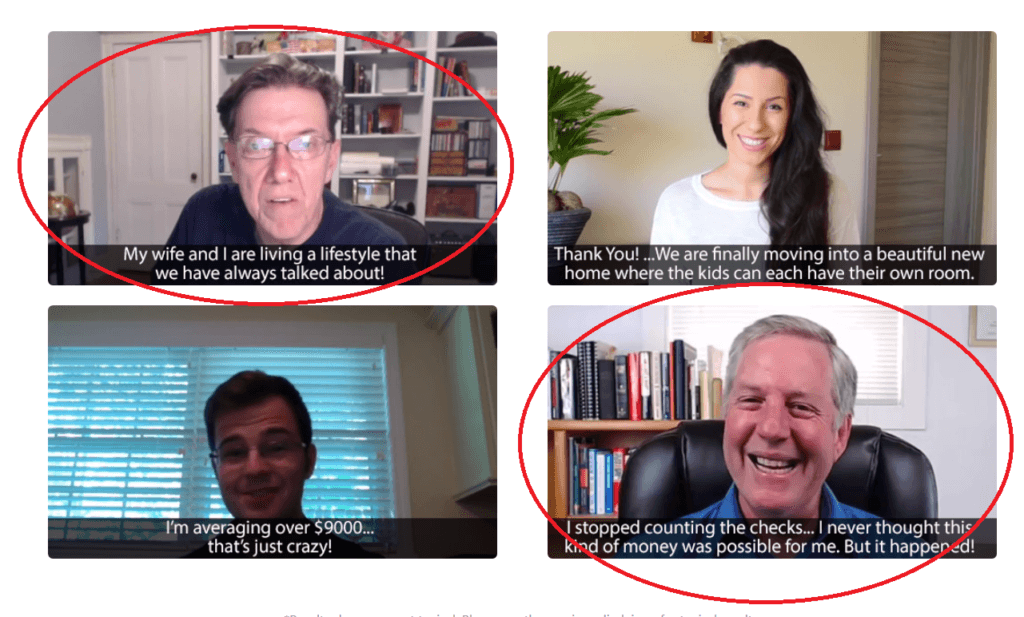 As I always say regarding fake testimonials:

It lends ZERO credibility that the program/product is legit. In fact, I think it does the opposite.

And mixing it together with the other red flags, it doesn’t improve the look of Home Income Millionaire, it just continues to erode it’s credibility overall, at least for me…

Get rich quick scheme should ALWAYS be avoided. I’ve learned this the hard way when I first began attempting to make money online (read my story here).

I promise anyone reading this that this false promise of easy money is 100% not true. Even with programs like the one above that I recommend, you WILL have to work to make money online, I promise you.

And if any program tells you that this business is an easy, get rich quick business, run!

1 out of 10 stars. If a sales page has at least 1 or 2 of the red flags I showed above, then I will absolutely not recommend buying it. Home Income Millionaire had 5…

Folks I promise you that bad work at home programs like these have always been around and will continue to pop up, because their methods of selling unfortunately work, and ironically, it’s the people who believe these methods that give the creators of this program the REAL easy money, not the other way around.

I’ve been a victim of these scams before I became experienced and started doing what was necessary to make money online (legitimately) through this program, Wealthy Affiliate. It took time and I had to work, but in the end, the promises of making money from home and not having to work a regular job ARE real IF you can avoid these false programs and stick to doing the work the legitimate ones tell you to do.

But even after this occurred and I did start seeing success, I still continued to review programs like Home Income Millionaire and will continue to do so to help other people avoid the mistake of getting involved with them (in my opinion). 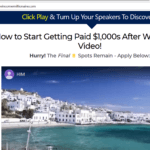 Too many red flags for this one. I\\\'m sticking to recommend this legit alternative. See real success stories.
Click here to test drive Wealthy Affiliate risk free and get your bonuses (no CC required)