I had to refund eCom Cash Code because it turned out to be something I purchased in the past, and disliked. It was not a scam, but read about the issues here.

To be quick about the rating I gave this program, out of 10 stars, it scored a 2 (and this is for the main $97 system it was selling me). And that score is pretty poor. 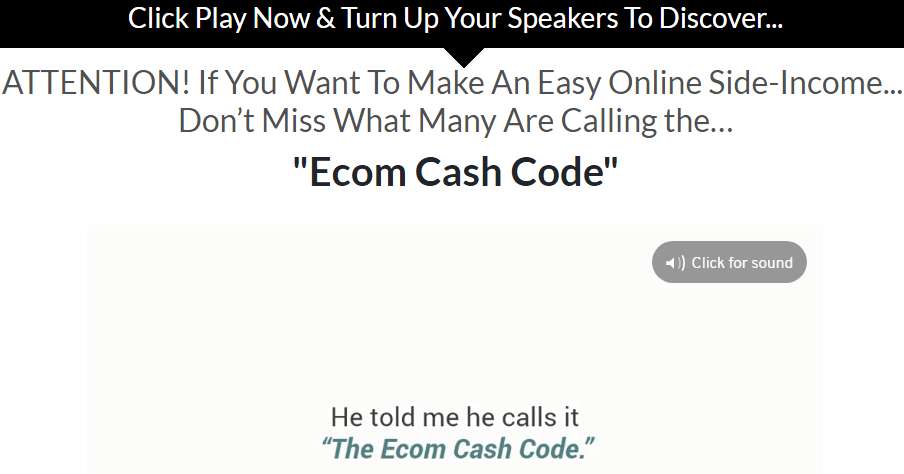 I’ve actually investigated this program before, but back when I first stumbled onto it, it was called My eCom Club.

The problems with that program (and this one, since they are identical) are as follows:

1) There is a huge issue in my opinion with the way it’s promoted. It’s VERY shady. 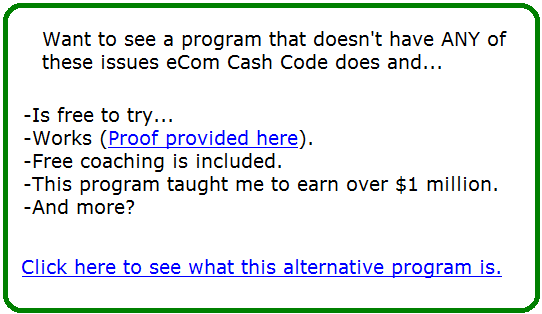 2) There is an impression of easy money being made if you just buy this system, but since I’ve gone through that process and know what lies on the back end, it’s just not true.

3) When you buy the program, you learn about drop shipping, and the problem with the training inside this program is that’s MASSIVELY limited. For the $97 I invested, I received an underwhelming amount of value.

4) I also disliked how they were pushing coaching on you and how you couldn’t move forward without speaking to them. I find issues in this on it’s own, but the main one is that I believe they are trying to get you to spend MORE money than before.

Since I have already reviewed this program before (on this page), if you are interested in seeing the full list of issues I had with it and why I don’t recommend it, you can get them there.

If you are however interested in making money online, I will tell you 2 things:

1) With eCom Cash Code (or the other program name, it doesn’t matter, it’s the same), like I said, with the $97 you spend, you get very little in training value (it’s like a few actual lessons out of many which are locked).

And even if the program works, you WILL have to spend more (there’s at least 3 up-sells after you purchase this thing). There is potential with what they teach about drop shipping, but it’s going to cost you more to find out if this is going to work for you.

2) I make money online, but not from drop shipping. To me that system is a bit too tedious and meticulous.

I keep it simple and do affiliate marketing and this has generated me over $1 million in sales since I began a long time ago.

Now unlike eCom Cash Code which requires a lot of upfront investment and then possibly even WAY more down the line, I have a better suggestion for making money online through my approach, that being affiliate marketing:

The other beauty of this program I’m telling you about is that it’s not limited to JUST affiliate marketing, it also teaches you to create and sell your own stuff online.

Either way, the bottom line about this program is that it’s TRULY legit and it’s free to try. You don’t have to go through all the red tape with the other program that I went through.

And I also have to say one more thing…

The 1 other issue about eCom Cash Code I neglected to mention (#5):

So I have to say, I didn’t buy this program (again) knowing that it was the same one I had purchased before (slightly different names, same exact back end system). Sure it sounded similar, but I had to be sure. And well, I turned out to be right, sadly.

What I think is going on here is that the original (My eCom Club, which is what you end up joining) is being promoted by people who create their own systems and title it similarly, but in the end, aim to get you into this, original one.

I honestly do not like that sort of stuff because to try and create a program that doesn’t exist to get me into a different one is a bit sleazy in my opinion. To me it says that the program they are trying to get me into isn’t very good.

Think about, why would anyone want to try and sneak me into a program like My eCom Club if it was actually very good?

Why would there be any need to create a different named program just to get me in there? I doubt there would be any.

And this secretive way of marketing is very negative in it’s nature, and in my opinion. When I promote something on my site for instance, I straight up say the name of the program I’m trying to promote to people, I don’t create a different one.

Maybe it’s my own personal thing, but I just don’t like this approach to selling things. And because I know what lies on the other side already, I think what I am saying here makes sense…

2 out of 10 stars. Since I’ve seen it before, it offers very little for the $97. The other lessons, which are locked, seem like they have a lot to offer, but I refuse to buy any more stuff after I spend so much, to get so little (remember, it’s just a few lessons and that is NOT worth $97!). 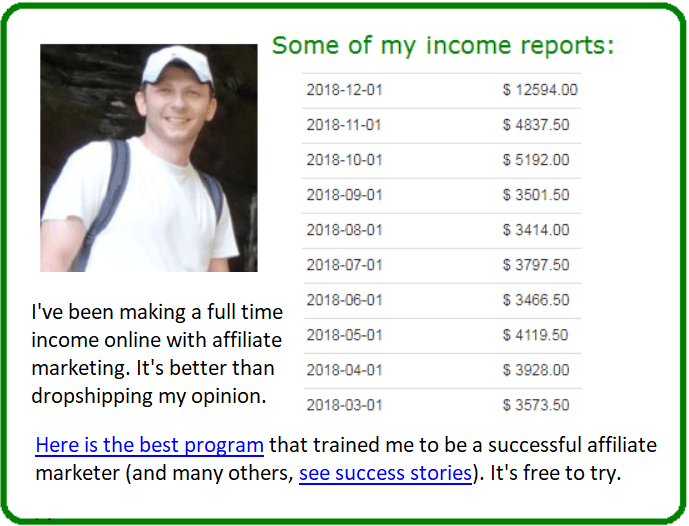 Being that drop shipping can be legitimate and can be a successful way to earn money, plus seeing the “preview” of the locked training in this program, I know there’s potential there.

I just don’t like that there’s such LITTLE value given to me after I spend almost $100 on this stuff (I also take issue with the coaching “offered” since it comes with it’s own limits). I’d rather buy a cheaper, more transparent program or view YouTube videos on this subject than have to spend even more to unlock those lessons…

This again, brings me back to the alternative, transparent and truly legitimate program that I’ve trusted, used and gotten great results from:

I guarantee you that at the very least, that program will not have the same issues eCom Cash Code does. So even if you decide not to go further, there’s truly nothing to waste or lose (money). But you will see actual numbers I’ve made (and others) from this system and then at least you can decide without spending a penny if you want to try it further.

That freedom and that transparency is in the program I recommend and sadly not in the other. 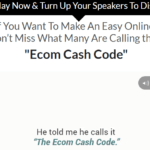 This alternative program in my experience offers far better training and value than eCom Cash Code. See why.
Click here to test drive Wealthy Affiliate risk free and get your bonuses (no CC required)