I honestly tried purchasing Home Job Source while at the same time knowing I’d probably be in store for a scam, and what happened after that attempt failed is explained in this review.

Creator: Kelly Scott (that’s about 5 times now I have seen this name) and in my opinion, it’s a fake name covering up the real creator.

Price: Always with their $97 starter cost, then it can get discounted all the way down to $37.

The $37 is what I tried multiple times to pay for, but it didn’t go through. I have no doubt there’s also up-sells with this company, but due to me being unable to access the program, I can’t be specific enough. Expect it though.

Either it’s a scam or it’s a poor program that isn’t going to give you enough and they are always going to try and charge you more. Before you think I’m being far too opinionated and can’t call a program out like this, take a minute to read this entire review because it turns out I DID buy the program, or at least that’s what they said… 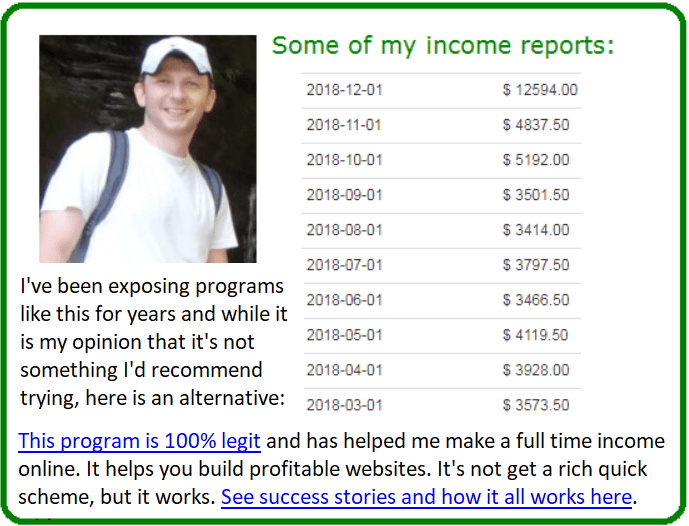 Home Job Source in a nutshell:

I’ve been calling these programs out for a very long time now and that’s really because most of them are scams. They are lying and being incredibly deceptive, trying to put labels that aren’t connected to them to make you think that they are.

I have never found proof that the people that are pictured in the program as being the creators are real. Kelly Scott is the person that’s associated with Home Job Source and yet…nothing points to her even being real. Here she is again with Replace Your Job, an identical website.

And that’s one of the programs I did purchase, including others that also are the same.

Regardless, I tried to buy the Home Job Source program. But I got an error: 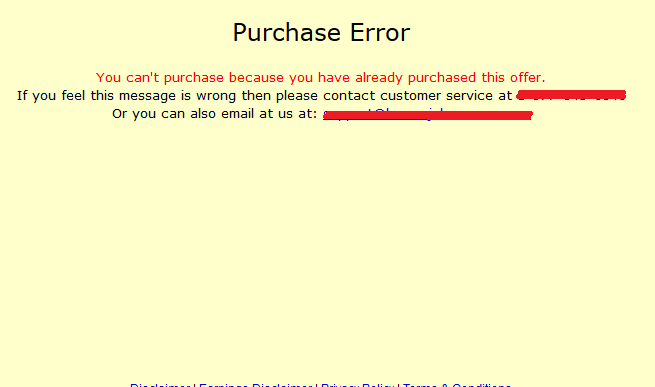 How is it possible that I have never purchased Home Job Source in my life but they are saying I did? Well that’s where I have to jump to assumptions, but I think this theory makes a ton of sense:

Odds are this program is either connected to one of the previous ones I purchased so as soon as they saw my name, credit card #, they immediately referenced my purchase to an old one.

If this is the case, that means I already have Home Job Source so I have to go back and look at old reviews of programs I wrote that I found by looking at sites like Home Job Source.

The recent ones which pop up are Extreme Home Profits and the one I mentioned above (Replace Your Job). I purchased both of these and they did lead me to different programs after. However, one of the programs was bad in what it taught and the other was decent.

Neither of them were good though and I never ended up recommending them. Let’s give praise where it’s deserved though, at least they didn’t let me to buy the same thing again.

There was one time where I purchased one called Online Success Plan (another look alike) and that only got me into a funnel that would lead me into an up-sell of $1997. Don’t worry, I didn’t buy that!

But I did try to buy Home Job Source anyway, again and again. Oh how I tried:

3 times with my main business credit card, 3 times with my personal card and once with a joint card. Either I got the error message that I already had it, or I was told to enter a credit card number in the field where I did enter it, over and over and still the error continued to show.

I made an honest effort to purchase Home Job Source, but if they are saying I already have it, I have to assume that it’s one of the bad ones I already tried. The only way I might be able to do this is if I asked someone else to register for me, but I REALLY don’t want to put anyone in that position.

But the point is, I’ve never had a good experiences with these sites and I just can’t do that to someone, even though I’d completely compensate them if they did. It would just be a headache.

If you enter your number on these sites, you’ll get calls. If you use your main e-mail, you’ll get a lot of junk mail too. Nobody wants this. I just do it to prevent people from getting scammed.

And to add to the problems, because of all the times I’ve bough these things and was upset at what I found, these sites/programs have also developed such a horrible reputation with me that whenever I see them, and believe me, I see them a lot, I never expect good things. So even if it’s good, once I see a duplicated site like Home Job Source, it’s game over most likely and it’ll probably never earn a good rating.

2 out of 10 stars. Being that most of these programs get 0 stars and the one time I found one out of these that was OK and got 3 stars, I think 2 stars is tremendously optimistic, but more than fair. Still bad though.

These programs are mazes and scams, but here’s one that isn’t and works.

Put yourself in my position for a moment:

So when all of that happens and you continue to look for new programs and find more and more sites like this, saying the same things, after all you’ve already experienced, how likely are you to think THIS time will be different? Probably never.

Well that’s how I feel always exploring these things, but luckily if you know how to dispute and get your money back or just call them up, you can get refunds if you’re not happy. The worst thing for me is just dealing with the hassle of contacting them for refunds and more information and having to find reasons to actually recommend these programs, which I still haven’t found one good thing to point out.

Honestly, after looking at so many programs like these, while 99% of them are horrible and scams, the 1% I did find at BEST was simply a bad program, not horrible. But that can’t be a good enough reason though to recommend it!

Memorize what these sites look like so if you see them, you’ll know what they are. And trust me, you’ll see a lot of them if you look far enough, they are easy to spot.

Again, I’d like to conclude by saying that the fact that was not allowed to buy the program under the premise of already having it is enough evidence for me to assume that I did try it before and as I said before, if all the other programs I could think of that could be associated with that one were bad, odds are, this one is also bad. 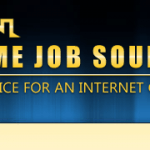 There is too much past experience to make me advise against this program. See the top one I trust and get results with here.
Click here to test drive Wealthy Affiliate risk free and get your bonuses (no CC required)

4 thoughts on “Home Job Source. Why There’s Big Odds it Could be a Scam.”