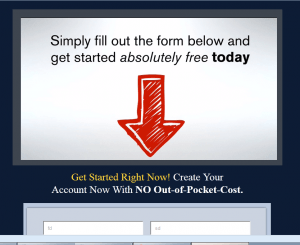 I actually joined & looked over the EZ Money Network program. While the training is pretty high quality, the fact that it’s connected to what I consider to be one of the biggest scams in online marketing history is the main reason I will not be recommending this program to anyone.

EZ Money Network in a nutshell:

Some actually call it the EZ Money Formula, but that’s beside the point. It’s basically a massive sale’s funnel that leads you to join 2 companies, 1 of which is the major scam I talked about.

1. GVO: This is an autoresponder program EZ Money Network asks you to sign up with as your first step after you join. They do promote it which means they will make money of it if you join it through their website. I’ve never reviewed GVO so I can’t make a judgment on it, but from what I’ve heard, it is a pretty cheap program which is good for email marketing.

However, the second program is a whole other story…

2. Empower Network (EN): It’s basically a massive pyramid scheme which suckers you into it for $25, then sends you up-sells to the tune of $5,000+. EZ Money Network is basically referring you into this program. It is the reason why they say how you 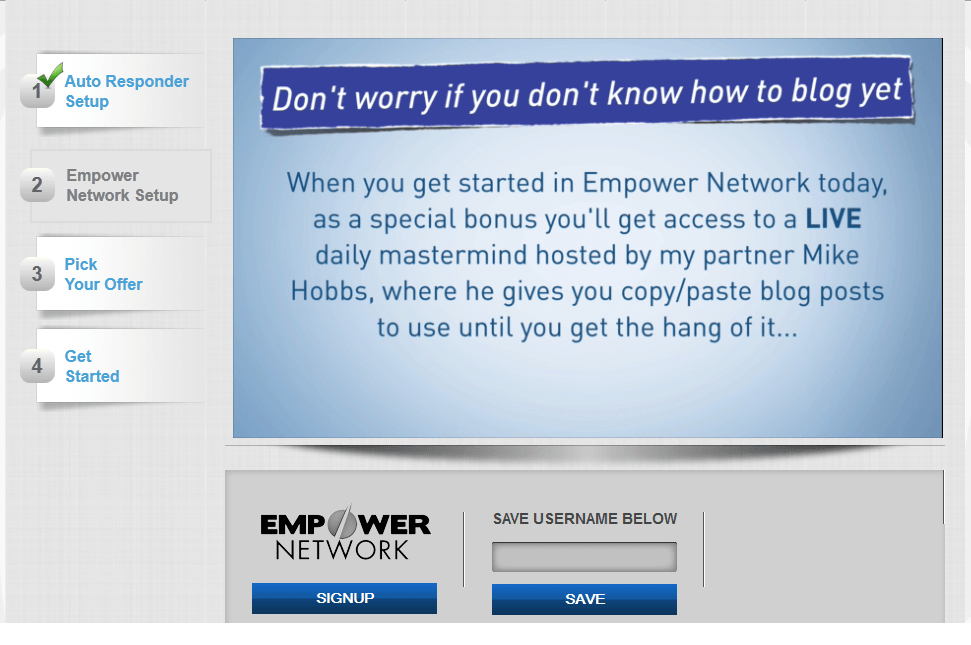 make so much money.

You see the thing about Empower Network is that they give you 100% commissions on most of your sales and the rest go what’s known as you upline. In this case, the upline is the person who referred you INTO Empower Network which is…you guessed it…EZ Money Network.

This is probably the biggest reason this program has put such an effort into making their website so easy to understand and the fact that you can literally join it for free. Because once you do and you so sign up with Empower Network, the money you invest will go to EZ Money Network.

In addition, when you do sign up with EN, you will also be able to promote the company to others, which means that when you refer others into it, you will make 100% commissions too, but in a few cases, you’ll have to give up a few of them to your up-line. Again that is EZ Money Network.

So in all situations, this program makes a buck through you and your hard work. Yes it’s in their best interest to provide you with training to help you succeed and they were “somewhat” honest when they said in their sale’s page that if you don’t make money, they don’t. But in truth, if you invest anything into either GVO or Empower Network, even if you don’t make money, you can be confident that money will go to EZ Money Network. Full story on Empower Network & why it’s a pyramid scheme/scam.

Note: From what I understand, you can also promote EZ Money Network to others and if they join, you can make commissions of GVO & Empower Network at the same time. I’m not certain if this is how it works, but you can definitely promote the program to others and there’s obviously monetary incentive involved.

Note 2: Once EZ Money Network also promoted Pure Leverage in their system. I noticed this is no longer the case, maybe because the company might have gone under. But even if it didn’t, I actually did a review on Pure Leverage before and rated it a scam.

While the potential to make money is high through EZ Money Network & Empower Network, I have major problems with the business model EN uses. Less than 1% of it’s affiliates actually make a profit. And the rest? Well they are out for whatever they invested which could be $25-$5,000+.

Now granted not everyone who buys the system uses it as instructed and the case could be made that, that is the biggest reason don’t succeed. But my argument has been and always will be that EN functions on having others go into it. It’s entire training is built upon teaching you to get new people into the system and make money of their investments.

And in that model, not everyone is going to profit. In fact most are going to fail because no matter how many people succeed, it will come at the expense of others. That is a pyramid scheme and I have MAJOR ethical issues with this.

The problem is that many people who promote EN do not understand the system and only look at the money making potential, not wondering where that money is coming from. And there’s also a lot of fans of this program who will defend it to the very end even if they know better.

Note: EN died out so this recommendation is now useless from EZ Money Network anyway.

There are other systems that do the same thing:

I’ve reviewed 2 other programs thus far that use the same king of business model as EZ Money Network. Both of them basically promote Empower Network, but offer you training to help you succeed. What they don’t tell you is that if you join through then and do succeed, they will be making money of you and a portion of the people you refer into the same network.

One such company is the Big Idea Mastermind, which was actually founded by a former scam artist. He is making a lot of money referring people into Empower Network through his website and is one of it’s top affiliates.

The other is the Instant Payday Network, another massive referral page into the Empower Network. The only difference here is that the guy who made this program is not really offering a lot of training to help you “succeed” in it.

2 out of 10 stars. I don’t recommend this program because it connects you to Empower Network. If you’re looking for legitimate ways to succeed online, I would recommend this place instead.

So far, this is the only program I’ve reviewed where I’ve had 3 pros, 1 con and still labeled it a red flag. This is because the 1 con overshadows all the pros.

I don’t think Mack Zidan, the creator of this program has ill intentions in mind. Having seen this program from the inside, it does look like he and his team legitimately want to help you succeed. While I’m sure their main purpose for this is to make money for themselves, it’s still good quality training. But because it tries to get you to join Empower Network is as I said before the main reason I will not be recommending it to anyone.

Even if you do join and succeed, again I bring up the ethical dilemma question. Is it worth basically screwing over people just to make a lot of money? I think most people would say no, including myself. But there’s plenty of people who still do it and without an ounce of guilt. I feel very sorry for these people. That is NOT a legitimate way to build a successful online business.

The only left for me to say is that if you are truly looking to succeed online, I would highly advise against this program or EN for that matter, if you value helping people over making money. And while it may seem like a massive financial sacrifice to take the right path, believe me, you can absolutely succeed and be very prosperous doing the right thing if you have the proper guidance.

If you agree/disagree with me on this review of EZ Money Network, I’d love to hear your thoughts in the comments section below. I would like to mention that if you disagree with me, let’s keep it civil, otherwise I will not approve it.