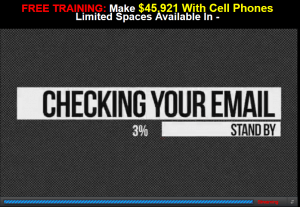 I don’t think I’ve ever seen a scam program like Auto Mobile Code, and that’s because of all the insane number of up-sells it has.

Price: Well I got it for $19, but then there’s tons of up-sells to go through and in the members area.

This is a waste of my time and a scam. You’ll see why.

This is going to the first review I ever do where I actually end talking about the up-sells more so than the actual product. Auto Mobile Code reeks of up-sells and as for the information you get, there’s very little unless you buy more. The product is a scam. 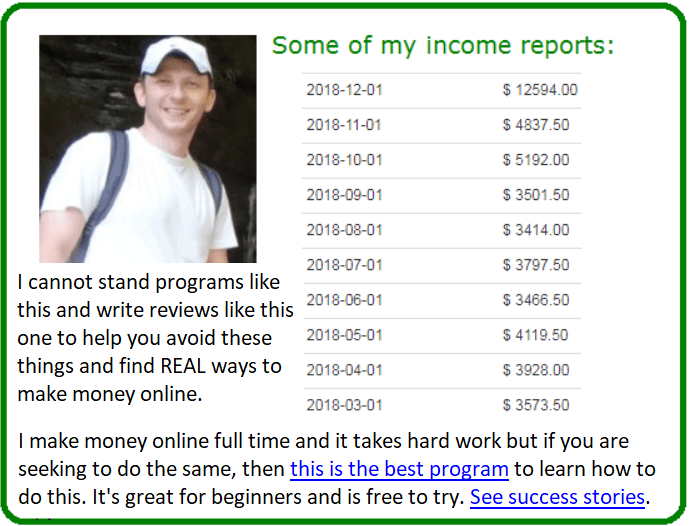 Auto Mobile Code in a nutshell:

It’s a program which will involve doing email marketing (collecting emails) through the use of text messaging people.

Your job is basically to send out text messages, have people visit your site, have them opt-in to the website, then offer them products which you are affiliated with.

So you will have to have a website prepared as well as a web form. You can either do this on your own or use one or more of the up-sells within Auto Mobile Code to do this (not suggested at all!).

But here’s a nice kicker that’ll have you spending extra money:

In order to send out tons of text messages, you’ll have have to buy credits from this program which cost you anywhere from $50-$235. Each time your credit depletes, you’ll have to infuse more to keep sending out new messages.

It becomes a numbers game where the more messages you send out with a link back to your site, the more potential you have for people to sign up and buy the offers you are promoting.

The problem is this:

1) You’re going to have to buy the packages to actually get anywhere with this system.

2) I don’t have much experience with mobile marketing, but I do have a lot with email marketing and I can tell you that this approach being used can be seen more as spam than anything else. I would personally never listen to a text which is trying to promote something to me.

In online marketing which is what I do, there is a method similar to this where instead of purchasing credits and sending out texts, you collect emails by buying them off other people, then sending out mass emails trying to sell something.

In almost all cases, this method leads to very little-no rewards because the emails are seen as spam. I am convinced this is what’s also going to happen here.

Lets go through the up-sells:

You’re going to get VERY little from this program if you just buy it for it’s original price. I hit the back button and got a discount to $19. Once you buy the program, you’re going to have to go through a TON of up-sells. And what’s terrible besides the fact that these are even there in the first place is how sleazy the message is.

In the first one, you’re basically told that the Auto Mobile Code isn’t enough and you need to buy this to increase profits and start making money now. One of the worst things in my mind is when you purchase something with so much promise only to be told it isn’t enough.

The price of this is $295 which if you don’t accept is down sold a $100, then another $100 if you keep saying no. Each time I had to listen to the sales video which made going through this even more annoying.

Then I hit the mute button in hopes of passing through all those up-sells and finally receiving what I purchased. I saw another offer for $295, but I don’t know if this was the same as before or a new one. It didn’t matter as I also declined this. But then came the down sells again. This time it was down sold to $195.

Then comes another up-sell after I decline that for $179 which then is (you guessed it!) down sold to $79.

As terrible as this is, there was another up-sell after that, this time for $1. I also declined.

This would be the last one before I would hit the members area where there would be even more up-sells. With each of these things, pretty much the whole message was how lucky I am, how I have to act now, how I’m getting a huge opportunity I can miss out on and more.

Finally made it inside Auto Mobile Code only to see this: 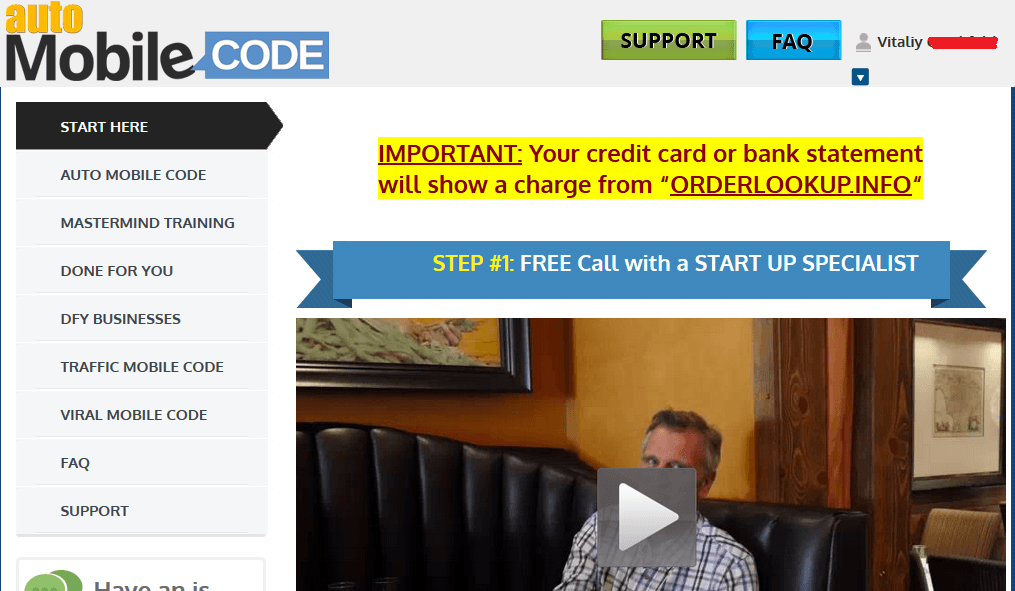 On the first page you land on will be 7 steps to go through. Most of them will be up-sells including one that promotes a program called e Mobile Code. The more I ran into these offers, the more the value of Auto Mobile Code lessened (and here I though it couldn’t get any lower).

Once you watch those videos, then you finally get into the training areas which is just videos explaining how the system works. The tutorials are OK in terms of explaining what needs to be done.

In addition the members area (the menus on the left hand side) have some downloads which will provide you with forms, tutorials and other things to help you when building your site to collect emails and/or sell to people. I didn’t bother downloading any of this stuff because at this point my mind was made up.

0 out of 10 stars. I have nothing good to say about this program!

I have reviewed programs before that had up-sells, but nothing comes close to the amount I saw with Auto Mobile Code. Plus the back end way they’re trying to make money off you is not something I would ever trust putting money in!

I didn’t bother adding up how much it could cost you to try out all of these things, but I’m estimating it’s in the $100’s (conservative). And with all the distrust I had buying this program in the first place, I’m glad I never bothered trying out the other things. 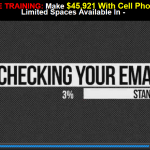 The above points explain why I disliked this program, so if you want a really good one, here is the best choice!
Click here to test drive Wealthy Affiliate risk free and get your bonuses (no CC required)