As simple and “genuine” as Pizza Boy Millionaire’s sales page comes off as, the problem is that when you join, you will be entering into a program that has already been shut down because it was a pyramid scheme (scam). I’ll let you know all of the details on that in this review and will also show you what you can join that isn’t either of those things. 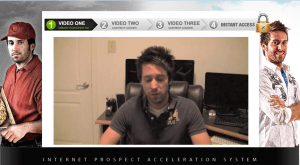 Although the sales video of Pizza Boy Millionaire is well made, the truth is that it promotes what I personally consider to be a scam and that is Empower Network.

Because of this, I simply cannot recommend it. But if you’re still contemplating joining this program, I want to give you a heads up as to what to expect.

Pizza Boy Millionaire in a nutshell:

It’s just another website which is affiliated with a program called Empower Network which in my personal view is a gigantic pyramid scheme, among other things.

Basically what you need to know is that the $25 price you’re pitched on Pizza Boy Millionaire’s sales video is just the start of a huge line of up-sells to come your way after you join. Once you do sign up, you will be a member of Empower Network and the owner of Pizza Boy Millionaire will be credited with giving you that sale.

In addition, should you buy any up-sells after you join Empower Network, he will also make a piece of that, sometimes even 100%. Additionally (yes it keeps going) if you refer other people into Empower Network, the owner of Pizza Boy Millionaire will also receive a portion of those sales.

Because Empower Network is an MLM program, it functions in an up line/down line referral program which basically means if you refer someone, you get paid. If you refer a number of people, you will get paid for a majority of them, while the rest of your sales flow to your up line which is the person who referred you into the MLM in the beginning.

Basically the money flows up and in addition to there being VERY expensive up sells, there is no actual justification for their prices which is why I believe the entire system is just a pyramid scheme.

If you join Empower Network, it’s not just going to cost you $25. There is a nearly $20 fee to actually get checks from them. Other up sells will end up costing you several hundred to even thousands. Overall, you’re looking at around $5,000 in spending, but it is pitched to you in such a way that SO many people fall for:

I could keep going on about Empower Network, but the most important thing you need to know is that it’s not an organization I would recommend joining. Not only is it’s business model extremely shady in my opinion, but there are massive ethical issues going on with it that prevent me from ever even considering this place.

Is it possible to make money with the program?

Unfortunately yes, but it’s not as simple as it sounds. You see what happens is that Empower Network provides it’s members with a “free blog” that is connected to them. This means that if you use that blog for your own endeavors, you will not actually own that content. It belongs to EN.

But they pitch it to you because at one point in time these blogs contained a lot of prestige with search engines and if you wrote blog posts there, you could rank very highly and get a lot of visitors to “your” blog. This meant you could then promote Empower Network as an affiliate and make money online.

But this was more towards the beginning of this program. As time went on and more and more people came into the system, the overall quality of content coming out of the blogs being written up by these members went down and eventually it began to be seen as spam in some cases. This caused the once high prestige EN blogs had to go down.

But this is not something you’ll hear from EN’s end because they want to keep the system going and programs like Pizza Boy Millionaire are one of the many affiliate programs out there all aiming to capitalize on the popularity of EN, which when I last looked is gradually decreasing.

I don’t know  how much longer this place will last, but I would never advise anyone join it to begin with. As far as I’m concerned, the very idea of promoting Empower Network to me is a huge ethical dilemma and I simply cannot refer people into a massive pyramid scheme.

A lot of affiliate programs don’t mention the upsells and people are led to believe success comes with just investing the initial $25. I find this lack of transparency unethical, in addition to the other reasons I stated above.

Long story short, you’re free to do as you please, but understand what Empower Network really is before joining: It’s a pyramid scheme and you can’t convince me otherwise. I can find even better training than theirs for much less and even free.

1 out of 10 stars. Scam. I cannot and will not endorse ANY program associated with Empower Network. It is in my opinion not a legitimate way to earn money online. Wealthy Affiliate is the only program I recommend if you want to learn the honest way of doing things.

This isn’t the first, nor last time I’ll encounter a website trying to promote EN. And with all of these places, the hype about making easy money and only having to sign up for $25 is really just the tip of the iceberg as I once compared Empower Network to. You really don’t know what you’re getting yourself into until you join. Then and only then do you realize what’s really up.

I do not believe that you can make a good living through EN, let alone ethically. I strongly recommend reading my review of Empower Network so fully understand my arguments.

But aside from that, there are definitely ways to succeed online, but it’s not going to come easily nor quickly, not unless you put in hard work and effort first. I only recommend one place (Wealthy Affiliate) to learn and succeed online and it is not Pizza Boy Millionaire nor Empower Network.

If you agree/disagree with my review of Pizza Boy Millionaire, let me know!