I didn’t find anything “viral” about the Instaviral program because you can perform what it’s supposed to do for you, on your own. It’s really not that difficult and in this review I’ll show you what I mean.

Price: $27 with several up-sells. Let’s just say after viewing this program, I’m glad I didn’t buy any of them…

I don’t see any reason why anyone would need a program like this. Maybe a one time buy of $27 to submit images to up to 12 social networks at once is convenient, but to me it isn’t and the image editor wasn’t all that special. I couldn’t get parts of it work for me, and for the main feature, like I said, I can do this myself which is using programs like Canva.com.

This is a “mass submission” and image editor program.

The point of the program is to help you create images that attract audiences on social networks to get them to click on the link in the image, go back to your website where you can then sell them stuff.

It is totally true that many images can become viral, but it doesn’t happen very often. Instaviral in my opinion aims to try and maximize the potential of one or more of the images you submit from the program to possibly go viral. The more images you submit to all these social networks, the more chances one of them might become a viral hit. If that happens, the traffic that comes from that image can be very profitable for your website (CAN BE, not will be).

There were 2 price points with Instaviral, one for $26 and the other for $27. The first option gave me the option to submit to up to 5 social networks, while the $27 one let me submit to 12. Obviously I went with the latter one, but these social networks are common names: FB, Google+ and so many others you know by heart.

Anyone remember mass submission directories in the old days?

Regarding article directories, if you’re an “old” marketer like myself, maybe about 5 or more years in the field, you may remember a time when you had HTML websites (Well before WordPress became popular and even before backlinking was popular) and one way to get them to rank high in search engines was to visit these particular websites that would submit your website’s URL to tons of popular websites.

There were also places that “pinged” your URL. That kind of stuff died out in time as WordPress became popular and you didn’t really need to do that anymore.

But Instaviral in my opinion is doing the same sort of thing, but with image websites and social networks. The question is whether or not this still works and like I said before, it can. I just don’t see why you’d need this program (maybe the up-sells might add to it).

Making money with Instaviral is possible, but it has to be carefully done!

I don’t have a lot of experience when it comes to promoting images through social networks but I do know how it’s supposed to work.

I have tried FB ads and Pinterest and I also often share my content on Google+ (when it was still around), but it’s very rare that I ever get the type of traffic from any of those sources that I want. It is personally my fault that this doesn’t happen, because my niches aren’t really compatible with the image focus of marketing.

I mainly put all my attention on make money online topics and from what I’ve seen, the popular image sites tend to focus more on visual topics such as nature, fitness, foods, animals and other topics that when you see images on, you just want to click it.

The goal of anyone in my experience who wants to make money through the image sharing through social networks to get traffic approach is to:

Gather audiences that are niche specific, have them follow you on these social networks and then share images they’ll always enjoy looking at, clicking on and then perhaps going forward and buying something. I see a lot of ads, for example on Facebook who made this formula work successfully. A good program I learned this from is called Five Dollar Posts.

So can Instaviral help this formula out?

I just don’t think it can. It seems to me that this program is more related to mass submission than targeting specific niches and sharing images they’ll like which is a much smarter way of doing it in my opinion.

What I mentioned above about making money through image sharing is unfortunately not covered in Instaviral (or maybe I just missed it). All you get in terms of instructions is just videos on how to use the picture editor and submit them to a number of social networks, and I’ve got something to say about that.

Did I use the editor wrong or was it just not working?

So you can upload images in this program through 2 methods:

A) You can either upload it from your computer. That was the easy one. 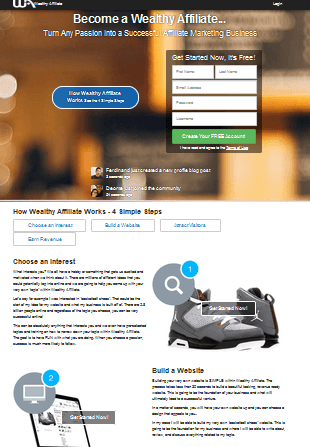 B) You can paste a URL from a website and it gather’s it’s images? I added the question mark here because I just don’t know if it’s supposed to do that.

I tried several different URLs with obvious pictures in them, but not once did they load up, not ONCE. In fact, I’ll show you what always pops up for me when I try it:

The example here is Wealthy Affiliate’s homepage, a make money online program that I love, but I’m using it because I know they’ll let me use their images. Here is the sample image on the right:

I minimized the images on purpose because on the homepage, there’s at least 4 or even 5 images I can point to and using the editor of Instaviral, this was the URL I decided to use.

I assumed the editor was going to load up at least 1 or more of those images up so I can edit them, I mean what else is it going to do right?

And I did look through the tutorial videos. The only section where you see images being uploaded are shown to be from a computer, not from a URL.

Want to see why I love Wealthy Affiliate so much?

Anyway, I tried doing this:

Clicked on upload image and this shows up:

The image that I though was going to load up is supposed to show under the “Share Image” title and yet I can’t see it. I also can’t click on it.

This experiment I ran at least 5 times, on different (and the same) websites. It always shows up like this and like I said the only thing that works is when you upload the image directly from your computer.

3 out of 10 stars. Although submitting images is faster through this program, I don’t think in the end, your results will be that great if you neglect to focus on collecting a niche specific audience interested in your images.

On the good side though, if you want to create an image from scratch, the editor they have there is alright, but I don’t see how it’s that much better than something regular like paint or picture editing programs out there.

The only thing that stands out with Instaviral is just that you can mass submit, that’s really it, but it’s only to 12 social networks and if you can get a good following on just one, that’s all you need. I see the point of using this program, but I also see the point of not using it as you can do it all yourself.

If you’re the kind of person that enjoys sharing pictures, especially in a particular topic, go ahead and find followers interested in that too and keep giving them these kinds of images. Social networks make it really easy to find these people nowadays.

You can easily start a Facebook page dedicated to that, or on other social networks like Pinterest and/or Google+, all of which carry those potential followers! 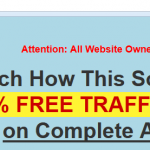 Making good looking images takes experience, but it can be done easily without Instaviral. The important thing is marketing and programs like Wealthy Affiliate teach you to do that correctly.
Click here to test drive Wealthy Affiliate risk free and get your bonuses (no CC required)